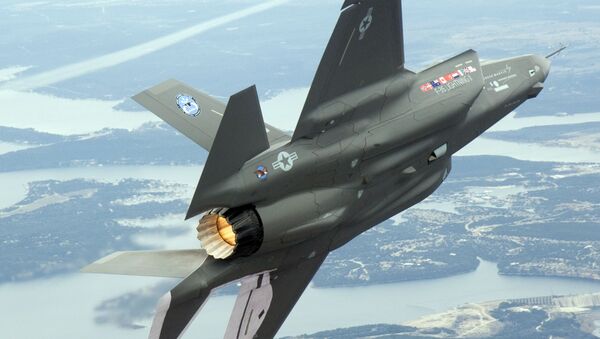 Lt. Gen. Karl Müller, head of the Luftwaffe, is on his way out the door primarily as a result of his vocal stance that Germany should buy the F-35 Lightning II.

It's not clear if Müller once again broadcasted his support for the F-35, but Jane's has reported that the general will be dismissed from his position as head of the air force specifically because of his advocacy for the joint strike fighter.

"The Luftwaffe considers the F-35's capability as a benchmark for the selection process for the Tornado replacement, and I think I have expressed myself clearly enough as to what the favorite of the air force is," Müller told reporters in November 2017.

German Defense Minister Ursula von der Leyen started her second term March 17. According to local media, Leyen kicked off the term with a major military reshuffle. In addition to sending Müller into retirement, more than half a dozen high-ranking officials across Germany's military leadership are being shown the door at the end of May.

​In December, Defense Ministry officials tried to distance themselves from the general's support for the F-35, stating that the Eurofighter Typhoon was being considered as the "primary" option to replace Germany's Tornado aircraft fleet.