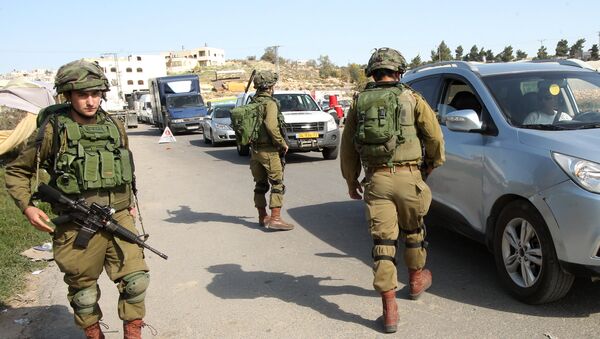 The defendant used a diplomatic vehicle, which is exempted from thorough security checks, to transport the weapons through Israel's border with the Gaza Strip and is suspected of being part of a broader Palestinian smuggling ring, according to the Israeli security agency.

An employee of France's Consulate in Jerusalem, identified as Romain Franck, 23, has been charged for allegedly smuggling weapons from the Gaza Strip to the West Bank, according to the Israeli ministry.

Israeli Jets Pound Hamas Positions in Gaza After Bomb Explodes on Border
The Shin Bet, Israel's domestic security agency, said that Franck participated in the smuggling organization for financial gain and transported 70 guns and two assault rifles over the past time, using his consular vehicle. The suspect allegedly obtained weapons from a Gaza man working at the French cultural center in Gaza and brought them to the West Bank, where they were sold to dealers.

In total, nine people, including Romain Franck, were detained, with a Palestinian security guard at the French Consulate being among the suspects, the agency said.

"This is a very serious incident in which the privileges and immunity granted to foreign missions in Israel were deceptively exploited to smuggle dozens of weapons that could be used in terror attacks," the agency's statement reads.

France's consulate in Jerusalem has not yet commented on the incident and there is still no official confirmation as to whether Franck was a consulate employee.

Previously, Israel accused Palestinian UN employees and other people working for non-governmental organizations of being involved in activities deemed hostile towards Israel. However, accusations against diplomatic staff are quite rare.