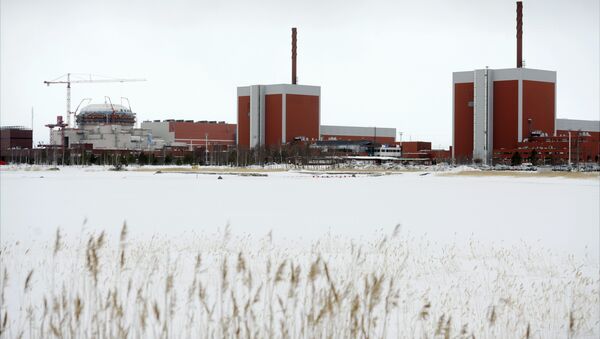 The Finnish Olkiluoto-3 nuclear reactor has been touted as the "flagship of European nuclear energy," but has taken more than a decade to complete and cost the Nordic nation an arm and a leg.

When completed, the third reactor at Finland's Olkiluoto nuclear power plant will have the distinction of being the world's second most expensive building, higher than that of a number of luxury hotels, sports arenas, skyscrapers and even pyramids, Finnish national broadcaster Yle reported.

With a breathtaking price tag of €8.5 billion ($11 billion), Olkiluoto-3 is expected to be finished in 2019, 14 years after the start of the construction. For the sake of comparison, the Cheops Pyramid, the largest of the pyramids at Giza, took about 20 years to build. However, construction of the 4,500-year-old pyramid turned to be far more efficient, as it was built over roughly the same period of time and without access to modern technology. Also, its cost in today's money has been estimated at only €4 billion ($4.9), half the Olkiluoto price tag.

TVO, the company responsible for developing Olkiluoto-3, is nevertheless convinced that the result will be worth the price tag.
"We believe this facility will become the flagship of Europe's entire nuclear sector," TVO CEO Jarmo Tanhua told Yle.

TVO was given permission to build the plant by the Finnish cabinet in 2005, making Finland the first Western European country in 15 years to order a new nuclear reactor. Construction began the same year, and was projected to be completed by the end of 2010, but the deadline has been pushed back time and again.

According to TVO, the construction phase of the project alone would create a total of about 30,000 man-years of employment directly and indirectly. Additionally, the operation phase is expected to create up to 200 permanent jobs. Most of the workers employed in the construction, however, were reported to be foreigners.

In March 2018, the International Chamber of Commerce (ICC) ruled that the French supplier Areva and its consortium partners are required to pay the Finnish nuclear power company TVO 450 million euros in two installments for delays, thus settling a long and smoldering dispute. In the aftermath of the protracted row, plans to build a fourth reactor were shelved in light of the delays and skyrocketing costs.

In terms of its price tag, Olkiluoto-3 has no real competitors and loses only to Abraj al-Bait hotel complex in Mecca. The opulent complex, which overlooks the Kaaba, the most holy place of Islam, features the signature Makkah Royal Clock Tower and took €12 billion ($14.8 billion) to build. When completed in 2011, it stirred a controversy because of an Ottoman fortress being torn down to complete the process.

The list of the most expensive buildings includes Singapore's Marina Bay Sands luxury hotel with the world's largest atrium casino, Apple's headquarters, Romania's house of parliament and Sweden's New Karolinska hospital, which is not yet complete.

The Olkiluoto Nuclear Power Plant is located on an island with the same name in the municipality of Eurajoki in western Finland. It is owned and operated by Teollisuuden Voima (TVO).