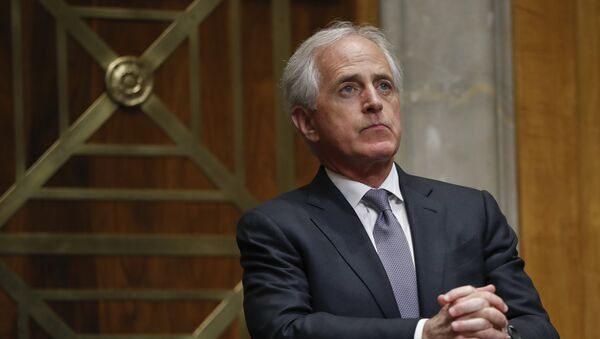 Republican US Senator Bob Corker while giving an interview to CBS news, has hinted that Trump will pull out the deadline for the president to issue a new waiver to suspend Iran sanctions as part of the deal.

"The Iran deal will be another issue that's coming up in May, and right now it doesn't feel like it's gonna be extended," Republican US Senator Bob Corker, chairman of the Senate Foreign Relations Committee said on the CBS "Face the Nation" program.

Corker inferred that the realities of the general preparation needed for the meeting will take "awhile." The location of the meeting has yet to be settled.

"I think the president likely will move away from it unless my, our European counterparts really come together on a framework. And it doesn't feel to me that they are," he said.

Trump had delivered a demand to the European signatories on January 12. It said they must agree to "fix the terrible flaws of the Iran nuclear deal," or he would refuse to enlarge US sanctions relief on Iran. The US sanctions will resume unless Trump issues new "waivers" to delay them on May 12.

On July 14, 2015, Iran and the P5+1 group signed the JCPOA to guarantee the peaceful nature of Iran's nuclear program. Under this agreement, Iran promised to not seek to develop or acquire nuclear weapons in exchange for the lifting of sanctions imposed against Iran.

US President Donald Trump has repeatedly scrutinized the agreement: in January, he said he was "waiving" the application of certain sanctions, but only so that the European parties to the deal could work on developing it.