'Putin is Popular With Russians Because He Stabilized the Country' - Professor 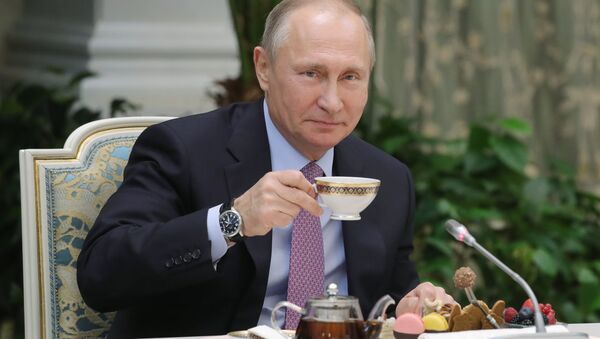 Russian citizens are voting for the country’s next president, who will lead the country for the next six years. There are over 108 million eligible voters in Russia and nearly 2 million people can vote abroad. Radio Sputnik spoke with Dr. Anuradha Chenoy, professor at the Centre for Russian and Central Asian Studies at Jawaharlal Nehru University.

Sputnik: Will we hear a lot of allegations from mainstream media that the elections were unfair? What do you think?

Chenoy: I don’t think the elections are unfair; one has to see the kind of political culture that has developed in Russia, ever since the independent Russia, in which the political parties themselves have a weakness.

In a democracy, generally a very strong multi-party system emerges, but that has not been the case in Russia. President Putin and his party do have an edge over the others, but it would be good if there were more, stronger political parties but that takes time.

Democracies take ages to develop, so I don’t think one can blame Russia or President Putin for that kind of law.

Sputnik: Why do you think there is a lack of diversity as far as political parties are concerned?

Chenoy: There are political parties, but a democratic culture really needs to be inculcated, institutions need to be built and there should be a kind of trust in the political process. There shouldn’t be cynicism and young people should be politicized, they should be shown the way and defend creativity and political debate should increase.

I think there is already a level of political debate. This hasn’t been translated into structurally organized political party with cadre, organization, strength, money, etc.

Currently, with the kind of, even economic processes, where all countries, including Russia, have had economic problems there has been a tendency towards, in many countries, towards very strong, populist leadership.

Russia, I think personally, is quite lucky because they have quite a sensible leader in President Putin. He has stabilized Russia, he has recreated the Russian state, so that’s why he is popular and I consider him a popular leader.

I think he makes his promises, in between there were issues about curbing of dissent, but from what I have seen of the economic policies and his positions in international relations on Syria and Ukraine, I think he has put across arguments which are valid and the Russian people have obviously supported him.

Sputnik: Speaking of international policy how do you see India, Russia relations developing during this new presidential term?

Chenoy: Overall India-Russia relations are very stable, they are strong. They have only been going one way and that is a good way.

They are developing more strongly. Politically they have no conflict of interest; they are both interested in a multipolar world. India has supported most of Russia’s positions in the international system and the weakness in the relationship is the business to business relation, as it remains still very weak.

You see both the governments have really tried to get their businessmen to have more trade, investments etc., but the relations continue to be more just in some sectors, like defense, oil, pharmaceuticals etc.