'Political Games': May Accuses Russia in Bid to Look Like Thatcher - Analyst 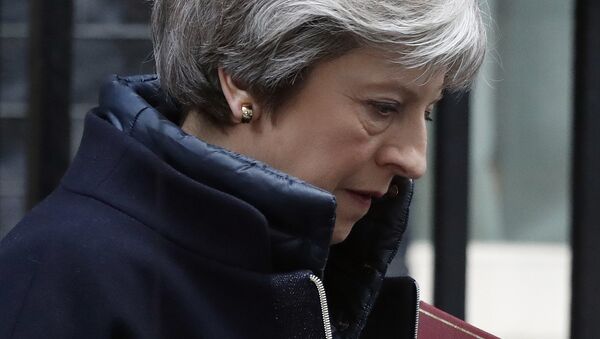 © REUTERS / Frank Augstein
Subscribe
International
India
Africa
Russians are going to the polls on Sunday to elect their president, who will govern the country for the next six years. There are over 108 million eligible voters in Russia and nearly 2 million people can vote abroad. Radio Sputnik spoke with Tom McGregor, political analyst and Asia-Pacific commentator at China’s national TV broadcaster – CNTV.

Sputnik: Give us an unlikely outcome of today’s elections.

McGregor: No, no unlikely outcome predictions I am going to make. It sounds like Putin is probably going to win. He deserves it; he has been president of Russia for quite some time. He has earned the respect of the Russian people and I believe they will support him. Putin is very popular in Russia and Russia is a democracy.

Sputnik: Do you think we will hear lots of allegations from the mainstream media regarding the elections being unfair?

McGregor: Sure, that’s almost like a routine. If they don’t like somebody they will just claim he is stealing the election, that there was something going wrong. If they really want to understand Russia, they have to go to Russia. They need to meet the people. They need to talk to ordinary Russian people. I have visited Russia a few times and when I have gotten the chance to talk to regular Russian people, all of them really love Putin. They say he is a very strong leader, they say he has done a lot of good for their country.

Why isn’t the media talking to these people? All they are doing is they are just looking at his critics. They are looking at the people attacking him and because of that they are allowing them to have a bigger voice, but that is a very small voice in Russia, which is the opposition to Putin.

Sputnik: What’s your prognosis regarding the development of Russia and its relations with other countries during the next presidential term, during the next six years? How do you see it going, because it can’t get any worse, can it?

McGregor: I won’t be surprised if one of these countries really gets in their head to really start a war, but that will be a horrendous mistake. There is no reason for it. If you start a war with Russia, Russia is not in it to just play around. They want to win. It’s like if you go to war against my country, the United States, and you want to go to war against Trump – he is in it to win it. You just don’t mess around with these things. But I think some of these countries are playing games so hardcore right now, they might just end up stumbling into war because they are being foolish.

Sputnik: President Trump appears to be surrounded now by anti-Russian individuals and executives. Are you worried about that?

Trump is in this situation where he has to deal with a lot of these complex issues and, at times, it looks like he is attacking Russia carefully. Look at this; he has not said he is going to war because the war would be the worst thing to happen. You can have all these diplomatic tensions and disputes and there is no problem with that; but when there is war, it’s game over.

Some people are playing political games just so they can score points. The United Kingdom’s Prime Minister Theresa May is in a lot of problems right now. She was very unpopular, she was perceived as very weak. She was almost a joke to much of the international community because she was always so wishy-washy. So she thinks she can start up something with Russia so she can now look like another version of Margaret Thatcher. But it’s going to be a disaster because she is not Margaret Thatcher; she is nowhere near the greatness of Margaret Thatcher.