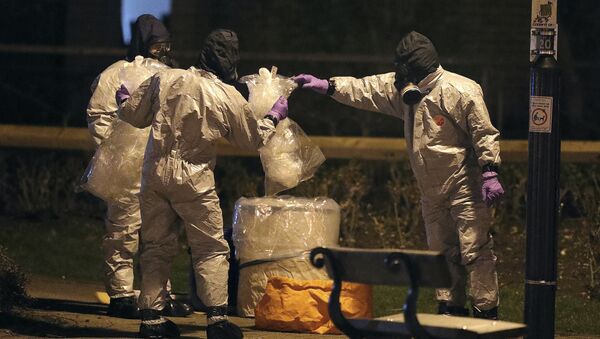 "Forcefully reject unacceptable and unfounded allegation by Russian MFA spokesperson that nerve agent used in Salisbury might originate in Sweden. Russia should answer UK questions instead," Wallstrom said on Twitter.

Earlier, Russian Foreign Ministry spokeswoman Maria Zakharova said that the most likely sources of origin of the Novichok substance were the United Kingdom, Slovakia, the Czech Republic, Sweden and, possibly, the United States.

'Any Competent Chemist Can Make Novichok Nerve Agent'- Toxicologist
Relations between Moscow and London deteriorated in early March after former Russian intelligence officer Sergei Skripal and his daughter were found unconscious in a shopping center in Salisbury. UK Prime Minister Theresa May said that it was "highly likely" that Russia was responsible for the incident, since the two were poisoned with a Novichok-class chemical agent that was developed in the Soviet Union.

Russia categorically refutes its involvement in the poisoning of the Skripals.