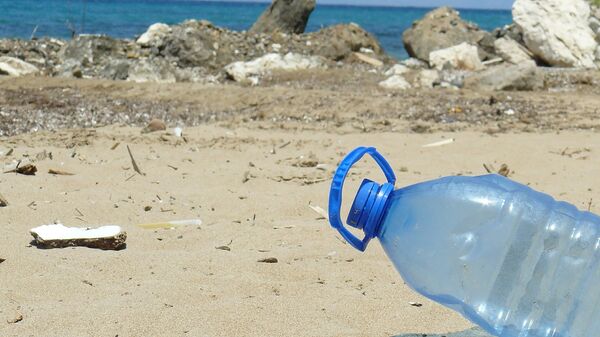 The beachfront California city of Malibu unanimously voted to impose a ban starting June 1 that will require businesses in the city to supply straws, knives, forks spoons and stirrers made of biodegradable materials like wood, bamboo and paper, instead of plastic.

Although Malibu is one of the first US cities to impose such a ban, other areas are likely to follow suit.

UK Environment Secretary Michael Gove has suggested that the UK may impose a similar ban. A February decision to ban plastic straws at Buckingham Palace, the London residence and administrative headquarters of the monarch of the UK, inspired Malibu to take action, Sky News reported.

Approximately 500 million plastic straws are generated every day in the US.

"Next time you go out, refuse that straw, refuse that piece of plastic that you don't really need. Just that action multiplied by the billions of people that are on this planet, imagine what impact that would have," Sheila Morovati, who was on the beach with her family when she became alarmed by the amount of plastic straws washing ashore, told Sky News.

Malibu has banned plastic bags and Styrofoam containers as well, in an effort to eliminate single-use plastics. Plastic cup lids are next on the list of banned plastics.

Malibu city councillor Laura Zahn Rosenthal told Sky News: "For those who study the waters in the oceans, they find millions of plastic straws and, as we know, plastics are forever, they never go away and are found in more and more marine life."

"The city council and the people who live here, we take it very seriously our role and our responsibility as stewards of the environment," she added.

The ban in Malibu has been met with some criticism by business owners who claim that the quality of alternative materials is lower than plastic and costs much more.

However, Bill Miller, who has run the popular Malibu Kitchen for 19 years, told Sky News, "This is such a beautiful community and when they make the case that these things last in the ocean forever, it makes it hard to carry on about 'how can we possibly live without a straw?' "