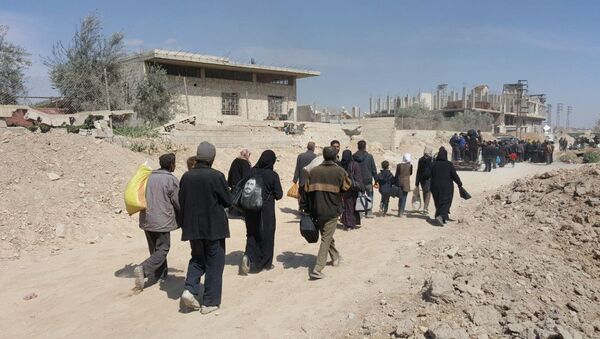 Residents of Eastern Ghouta continue leaving the rebel-held area via humanitarian corridors organized by Moscow and Damascus as the Syrian army has liberated over 70 percent of it from terrorists.

Eastern Ghouta, a Damascus suburb, has been under the control of armed rebels and al-Nusra Front since 2012. Last month, the Syrian government kicked off a campaign to liberate the area. The operation is drawing to a close.