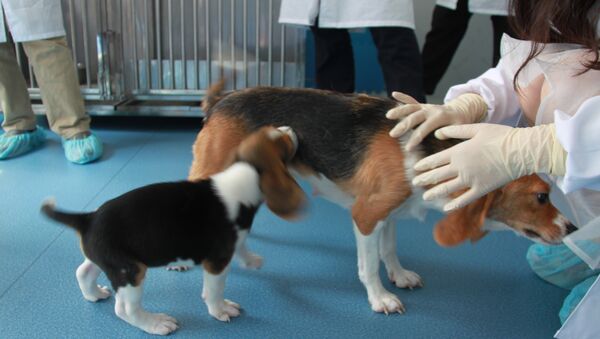 In nature, the child of a mammal is conceived deep within mother's body. The embryo carries genes from both the father and the mother and is never a precise copy of either. However, sometimes, one egg can divide one or several times, producing an "identical," or monozygotic, twins — two precise copies of one organism. 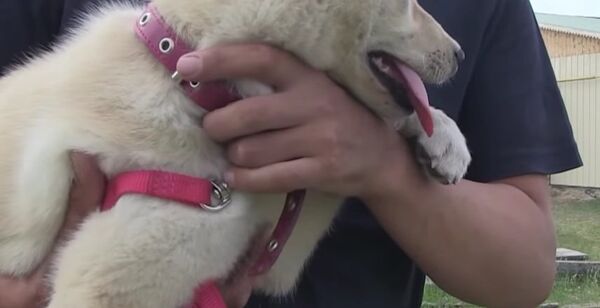 Meet the First Ever Laika Dog Clone
To produce a clone, though, one must first extract the DNA of an adult specimen and put it into an egg previously cleansed of its own DNA. Then the modified egg is inserted into a female body and it stays there until an offspring is born. Instead of two sources of DNA, it has only one, of which its own is an exact copy.

The first cloning experiments started in 1950 and by 1962 scientists had managed to grow an adult cloned frog. This feat won biologist John Gurdon a Nobel Prize.

The problem with cloning is that not every egg starts dividing its cells and growing larger and not every embryo that grows survives. This makes cloning a lengthy and costly process.

But how much progress have we made into cloning humans? In 2013, a group of scientists led by Shoukhrat Mitalipov managed to implant the core of a skin cell into an egg in the US. The embryo started dividing and developed for several days, after which the experiment was interrupted for stem cell extraction. This experiment involved no surrogate mother, so, strictly speaking it's not cloning.

The first mammal to get cloned was an albino mouse. The operation was performed by a team of Soviet scientists led by Levon Chailahyan and reported in the journal "Biofizika" in 1987. The biologists managed to merge an embryo cell with a cleansed egg, which resulted in three cloned little mice.

For a long time, cloning was a strictly academic issue. The wide public became attracted to the topic in 1997, after Ian Wilmut cloned a sheep, producing the world-famous Dolly the Sheep. Dolly procreated successfully, but lived for only six years —due to health problems, she had to be euthanized. The scientists speculate Dolly suffered from accelerated aging.

The first cat clone was born after 87 unsuccessful attempts in December 2001 at Texas A&M University. The female cat was named, of course, Copy Cat, or CC for short. Curiously, CC was cloned from a three-colored calico, but was born a white and brown tabby. Scientists explain that in cats, the color of fur depends not only on gene set, but also on which genes "switch on" during embryo development. Thus, scientists say, it's no wonder that CC had a different set of genes that "switched on" and determined her paint than her genetic donor did.

Unlike Dolly, CC has recently celebrated her 15th birthday, debunking a widespread concern that cloned animals have poor health.

In May 2003, at Idaho University, a mule clone was born. It was carried by a horse mare, but the clone's donor was an award-winning mule. At age three, he won third place in a race against mules born naturally. The same year, a cloned horse named Prometea was born; scientists only succeeded following 327 failed attempts.

The first dog clone was an Afghan Hound pup who was born in 2005 at Seoul National University in South Korea. Snuppy, as the clone was named, was the only survivor of 1,095 embryos implanted in 123 dogs. The experiment was carried out by Hwang Woo-suk, who gained notoriety after he falsified stem cells experiments, but later examination proved that Snuppy is really a clone. The scientists used a skin cell from a donor's ear, and this technology is still being used to this day.

In 2009, a cloned camel named Injaz ("achievement") was born in a camel reproduction center in Dubai, United Arab Emirates. She was a genetic copy of a camel that had died in 2005. Injaz grew up healthy and fertile and gave birth to a daughter in 2015.

Which brings us to our primate clones.

In January 2018, a group of scientists from the Chinese Academy of Sciences' Institute of Neuroscience in Shanghai announced that two clones of java macaques had been born. Named Zhong Zhong and Hua Hua, the two monkey girls are reportedly perfectly healthy.

Commenting on the experiment, one of its researchers, Mu-Ming Poo told Nature: "Technically, there are no obstacles to cloning a human."