Netizens in Uproar After Pakistani Show Does Blackface During TV Competition 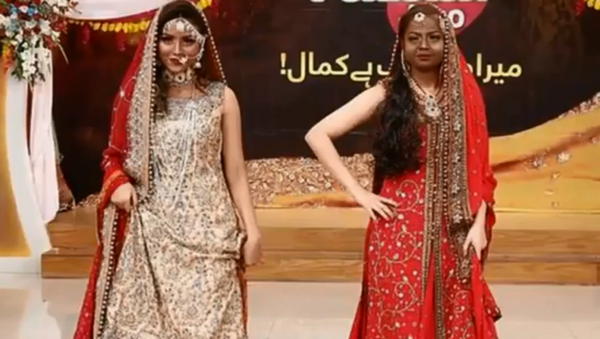 Jago Pakistan Jago, a show on Pakistani channel Hum TV, came under fire Wednesday after the show's ongoing contest had participants darken the skin of fair-skinned models to show off bridal makeup techniques for dark-skinned women.

The so-called "challenge" first instructed contestants to darken the skin of their models and then work their magic to make sure that they stayed beautiful once their face was completely done. According to Pakistan Today, several participants repeatedly remarked "that doing makeup on darker skin is a challenge."

​This, to no surprise, drew severe backlash on social media after the episode aired with many noting Pakistan's "obsession with fair skin."

​Though Hum TV has not responded nor issued an apology on the matter, Pakistan Today reported that stills from the show have been removed from the tv show's official page.