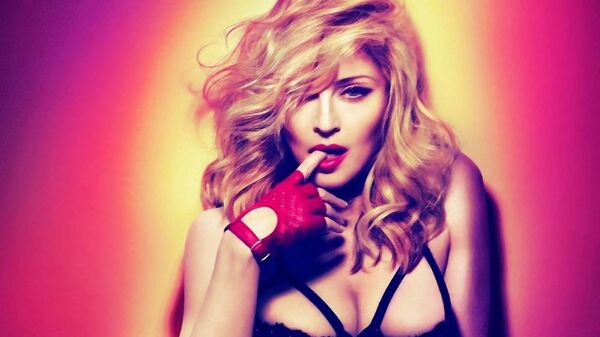 The director of the Institute of Forensic Sciences in Istanbul University announced during his speech in the Turkish parliament that the stage name of the popular singer hides an encoded drug name, which may be interpreted as a call to use it.

Madonna has already been branded a "depraved cultural icon" and a "blasphemer," but Professor  Faruk Ashicioglu, director of the Institute of Forensic Sciences and Legal Medicine of Istanbul University, went even further when he addressed the Turkish parliament on the problems of drug trafficking. He claims that a drug called MDMA (commonly known as "ecstasy") is secretly encoded in her stage name and that it may be subconsciously appealing to her fans to use this drug, reports Turkish Cumhuriyet.

"If you omit "a" and "o" from her name, it turns into MDNN, something very close to the abbreviation of the strong drug MDMA, commonly known as ecstasy. If you look at the label of her latest album, you can see a woman's face with distinctive symptoms of drug intoxication. This might be a hidden message for the singer's fans."

The professor even suggested either banning Madonna's latest album or, "at least" limiting access to it for underage fans. Faruk Ashicioglu also hinted that drugs are distributed "in chemical toilets' cubicles" that are set up each year during the Red Bull music festival.

READ MORE: Madonna Takes to Twitter to Convince FedEx of Her Identity (PHOTO)

However, the professor did not present any scientific proof or evidence of the existence of such a system of drug distribution or any link between being a Madonna fan and drug use. Instead, he urged parliament to adopt laws that would allow all necessary forensics and screenings to fight drug usage during mass events to be undertaken.