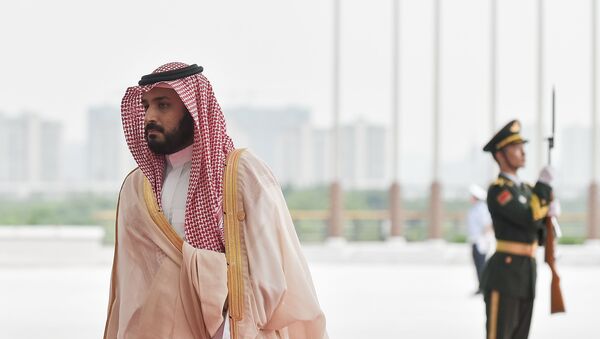 In an interview with CBS, Saudi Crown Prince Mohammad bin Salman has mentioned the possibility of a nuclear arms race in the Middle East. It did not take Iran long to respond.

“His remarks do not deserve a response, because he is a delusional naive person, who never talks, except with lies and bitterness and has no idea about politics, but uses untimely strong words due to lack of foresight,” Qassemi said, reacting to bin Salman’s remark that if Tehran developed a nuclear bomb, Riyadh would “follow suit.”

Meanwhile, Qassemi added that Iran has shown respect for all its neighbors and invited its regional “enemies” to start a dialogue and promote peace and security in the Middle East.

As for bin Salman’s remark that Iran’s army was not among the top five armies in the Muslim world, and thus could not be a rival to Saudi Arabia, Qassemi suggested that Riyadh better not talk about the size of its economy and army as it has been laying siege to Yemen for three years and failed, having faced Yemeni resistance.

The Foreign Ministry spokesman has also added that Saudi Arabia keeps acquiring “beautiful weapons,” referring to US President Donald Trump’s remarks in June 2017 before a meeting with the Qatari emir that their talks would concern “the purchase of lots of beautiful military equipment,” just after sealing a deal with Riyadh for $110 billion in weaponry a month earlier.

"This package of defense equipment and services support the long-term security of Saudi Arabia and the Gulf region in the face of Iranian threats, while also bolstering the Kingdom's ability to contribute to counter terrorism operations across the region, reducing the burden on the US military to conduct those operations," the White House said in a statement.

The two major powers in the Middle East, Saudi Arabia and Iran, have been longtime rivals for dominance in the region and have supported opposite sides in the conflicts in Syria and Yemen. Relations between the two countries have further deteriorated in the wake of the Yemeni Houthi rebels’ missile launch targeting Riyadh, with the latter accusing Tehran of providing the rebels with weapons; the Islamic Republic’s authorities have vehemently denied the allegations.

In January 2016, Saudi Arabia cut ties with Iran following protests in front of its embassy in Tehran after the execution of a Saudi cleric. In December 2017, Iranian President Hassan Rouhani named two conditions to restore “good relations” between the two countries, saying that Riyadh should "stop the misguided friendship with Israel and the inhumane bombardment of Yemen."