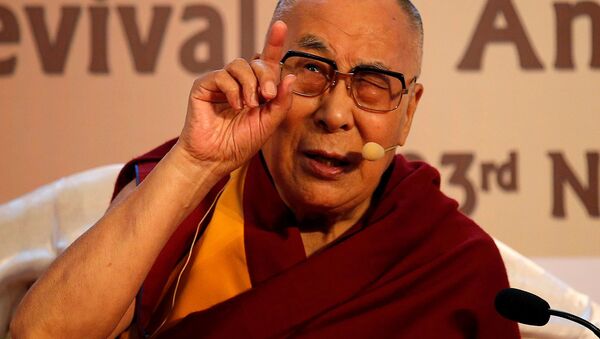 Tibet’s spiritual leader came up with the idea during his address to the International Campaign for Tibet group, which celebrated its anniversary on March 15. He’s been campaigning for high-level autonomy for the region since the late 1980s.

The Dalai Lama has suggested using the European Union model for building relations between China and Tibet, during his video address to members of the International Campaign for Tibet group, which is celebrating its 30th anniversary.  He expressed his admiration for the concept that suggests discarding one's own national interest in favor of a common one.

The Dalai Lama, the spiritual leader of Tibet, fled to India and established a government in exile after the 1959 riots against People's Republic of China (PRC) in the region. Tibet became part of PRC in 1951, when the Seventeen Point Agreement for the Peaceful Liberation of Tibet was signed by the Dalai Lama and the then Tibetan government. Although initially the Dalai Lama opted for the complete independence of Tibet, he is currently playing the high-level autonomy card. Beijing considers Tibet an indispensable part of China and rejects outright all suggestions of altering its state.