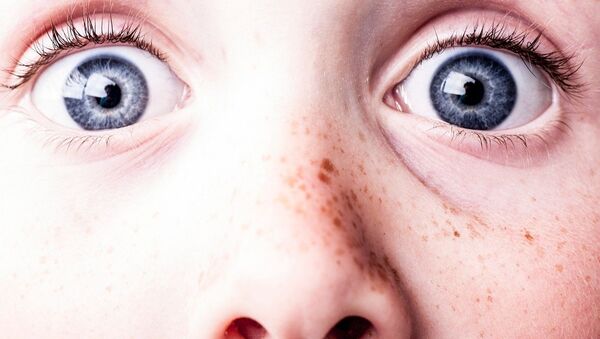 "Good to know we're ruled by sensible grown-ups, eh?" and "Feel safer already?" are just some of the reactions by social media users in response to a bullish remark on Russia by the UK Defense Minister Gavin Williamson.

Britain's new Defense Minister raised eyebrows on March 15, when following an official speech, he replied to a reporter's question on Britain's actions in relation to the case of the former Russian spy Sergei Skripal:

"What we will do is look at what Russia responds to what we have done. It's absolutely atrocious what Russia did in Salisbury. We have responded to that. Frankly, Russia should go away and should shut up. But if they do respond to the action we have taken, we will considerate it carefully and we will look at our options  but it would be wrong to prejudge our response."

Commentators on Twitter reacted swiftly, criticizing Williamson for his inadequate and "childish" commentary on the ongoing political and diplomatic confrontation between Britain and Russia.

Perhaps someone could vaccinate "Gavin Williamson" against talking bollocks?

Gavin Williamson is a threat to our defence and national security. Time for him to shut up and resign.

Gavin Williamson is an example of the depth of talent currently in power in the Conservative party, he would be out of his depth in a child's paddling pool, which is where his comments belong.

Gavin Williamson is a child. The greatest security threat since the war, and we have a pre-pubescent schoolboy in charge of our armed forces.

I'm not saying that Gavin Williamson doesn't inspire confidence, but I'm defecting to Russia before it's too late

Gavin Williamson has responded to Russia by adopting the tactics of a 14 year old whose girlfriend has dumped him. https://t.co/fSkt6qmAa6

Defence Secretary and Former Fireplace Salesman Gavin Williamson says "Russia should go away" and "shut up" 😂😂😂😂😂😂😂😂😂😂 what a childish response from the Tories pic.twitter.com/GTFilPEpvt

Gavin: Haha, I just told the nasty man to "shut up and go away."
Theresa: Would Gavvywavvy like a lie down with his bottle, now?
Gavin: No mummy, want to do it again, again.

Frankly Russia should go away and shut up.
Says UK Defence Secretary pic.twitter.com/IxCwcbTQxO

Gavin Williamson, UK Defence Secretary, speaking today with all the gravitas of a snotty-nosed yoof: ‘Russia should go away and shut up!’

Rich all Crompton would recognise the tone: pic.twitter.com/Mp7OIyA1W7

"Sir, Gavin Williamson says we should shut up and go away" pic.twitter.com/XKTsCq8dI9

British Defence Secretary: “Frankly, Russia should go away and shut up” pic.twitter.com/VpV9ZRWlKm