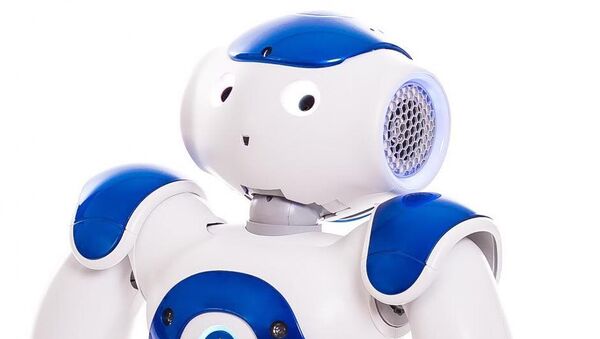 Robots proficient in linguistics will help Finnish kids master the foundations of English and German, as well as math.

The Finnish city of Tampere has received the distinction of becoming the nation's first to employ talking robots in education. Preschoolers and pupils in elementary school will enjoy the helping hand of educational robots in math and several languages, the national broadcaster Yle reported.

All in all, four smart automatons became the most recent addition to Tampere's selected schools, including the Sorila preschool, the Vahmainen preschool, the Pohjois-Hervanta school and the Tammela School.

The mathematical robots are entirely locally-produced by the Finnish company AI Robots and are the first of their kind in the country. Their humanoid counterpart has a French body design, but its software is designed by another Finnish company, Utelias.

The robots were acquired as part of the Smart Tampere digital program, aimed at improving everyday life through digital services. The machines have been touted as particularly useful, as they never tire from repetition and can adjust to the skill level of each pupil.

The test run in Tampere is specifically targeted with examining children's experiences and interactions with robots.

"We are, of course, also interested in how these robots could improve the quality of teaching," project manager Marika Korpinurmi told Yle.

​In recent years, Finland has staked heavily on robotics, promoting automation everywhere from cars to education. In late 2017, robots developed by the Lappeenranta University of Technology (LUT) were used in a pilot project together with the city of Lahti.

Researchers said that the robot was able to activate the seniors who otherwise tend to be passive. According to LUT leading researcher Helinä Melkas, the walking, talking and even winking robot was welcomed with open arms by seniors, whereas personnel proved to more cautious. A previous study indicated that robots may be used in the future to carry out one-fifth of the nurses' work.

The pilot was run as part of the project "Robots and the future of welfare services" which includes a number of similar initiatives spanning several universities and organizations.