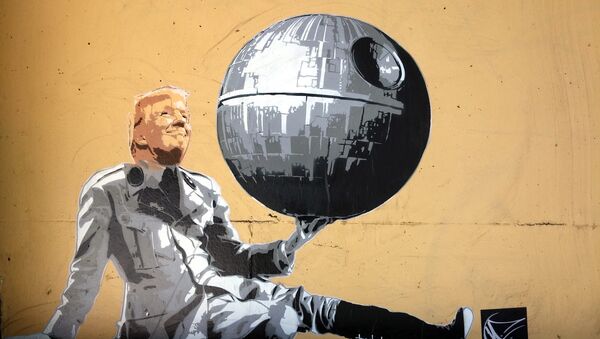 US President Donald Trump has said that the country may someday have a new branch of the military - the “space force.”

"My new national strategy for space recognizes that space is a war-fighting domain, just like the land, air and sea," Trump said during a speech to service members in San Diego. "We may even have a Space Force."

"I said, 'Maybe we need a new force. We'll call it the Space Force,'" the president said, describing his train of thought. "And I was not really serious. And then I said, 'What a great idea. Maybe we'll have to do that. That could happen. That could be the big breaking story.'"

The statement comes just weeks after President Donald Trump’s National Security Advisor H.R. McMaster said that the United States would be prepared for any conflict that took place in space. Earlier in the meeting, Vice President Mike Pence said the United States should be as dominant in space as it is on earth.

Game Over, Man: US Army Developing Mechanical Arm Straight Out of Aliens
Earlier, representatives of the Pentagon and the Air Force had voiced their opposition to the creation of a new armed service branch, because, from their point of view, the possible benefits did not justify large-scale organizational changes.

The US, like other countries, is developing various offensive and defense space systems. In addition to military satellites and (presumably) anti-satellite capabilities, the United States has unmanned spacecraft, flights of which are strictly classified.

In June 2017, the US Air Force declared the creation of the position of Deputy Chief of Staff for Space Operations Directorate in order to assemble multiple functions and ensure the United States is the predominant power in space.