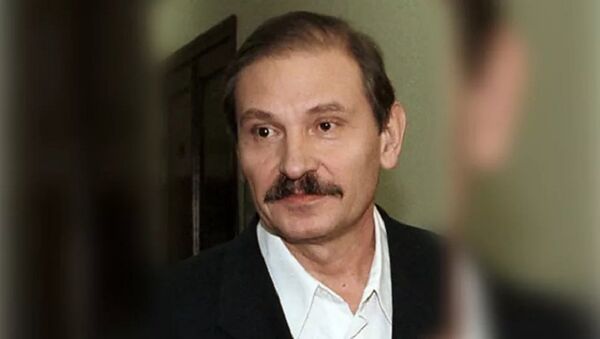 LONDON (Sputnik) - The Russian Embassy to the United Kingdom does not have any information from the UK authorities on the investigation into "mysterious" death of former top manager of Russian Aeroflot airline Nikolai Glushkov, the embassy’s spokesperson told Sputnik on Wednesday.

On Tuesday, Russian Vedomosti newspaper owner Damian Kudryavtsev said that Glushkov had passed away. Later that day, London police said that it was investigating the unexplained death of a man in his 60s. The police’s probe is presumably conducted into Glushkov’s death as the address, indicated in the police message on the investigation, coincides with the address of former executive that was named to Sputnik by acquaintance of the deceased businessman.

"Unfortunately, the embassy does not have any information from the UK authorities regarding the circumstances of the death of Russian citizen Nikolai Glushkov. The investigation is conducted in an absolutely non-transparent way. The UK side demonstrates its unwillingness to cooperate. All this cannot but cause regret. Today, the embassy has sent an official request for all the information that the UK side has about the Russian citizen whose death, as you said, looks mysterious," the spokesperson said in response to the question on Glushkov’s mysterious death.

The Russian embassy is unpleasantly surprised that the UK authorities do not share any information in regards to the investigation into this case or into the case of Sergei Skripal and his daughter, according to the spokesperson.

"In general, we are surprised by the unwillingness of the UK authorities to fully inform us about both about the poisoning of Russians Sergei and Yulia Skripal and the circumstances of the death of Nikolai Glushkov," the embassy’s spokesperson.

In early March, Glushkov was sentenced in absentia to eight years in prison in the case of a $122 million embezzlement from Russia's flagship air carrier. The former executive is currently on an international wanted list. In 2010, he was granted political asylum in the United Kingdom.

Former Counter-Terror Investigator Says Gov't Response Could Hurt Skripal Probe
The relations between Russia and the United Kingdom deteriorated drastically over the past two weeks due to the poisoning of ex-officer of Russia's Main Intelligence Directorate (GRU) Skripal, who also reportedly served for MI6, and his daughter Yulia in Salisbury. On Monday, UK Prime Minister Theresa May accused Moscow of involvement in the attempted murder, issuing a de-facto ultimatum to Russia to provide an explanation for the incident by the end of Thursday.

The Russian Foreign Ministry refuted all the allegations and delivered a note requesting a joint investigation into the case to the UK Foreign Office. The proposal was in fact ignored by the UK leadership, while May announced a package of anti-Russian measures, including the expulsion of Russian diplomats from the country and suspension of bilateral contacts between London and Moscow earlier in the day.