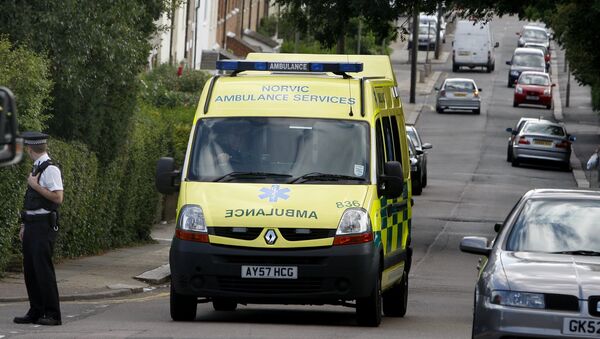 The withdrawal of the United Kingdom from the EU poses several challenges for the UK National Health Service, such as the inability to share some medical services for Northern Ireland and the Republic of Ireland with staff shortages, according to a report titled "Brexit and the NHS".

'There Is a Lot of Frustration': Public Sentiment on Brexit Changed - Analyst
The integration of the United Kingdom with the European Union allows the saving money on both sides of the border, but it benefits Northern Ireland, in particular, as this small region might not not be able to provide its residents with some facilities and specific expertise otherwise, according to the report.

London Bans Metro Advert Attempting to Lure UK Businesses to France Post-Brexit
Healthcare workers will be greatly impacted if the Withdrawal Agreement does not provide special measures to ensure that they can remain in the United Kingdom, according to Tamara Hervey and Sarah McCloskey, academics who have analyzed the impact on medical staff of Brexit for The UK in a Changing Europe.

Brexit Echoes: 'Dreadful' Predictions of Those Opposed to Slave Trade Abolition
According to the think tank’s report, there are also concerns about whether the qualifications of medical professionals from the European Union will still be recognized in the United Kingdom after its withdrawal from the bloc.