Few Days Left for New President to Be Elected in Russia 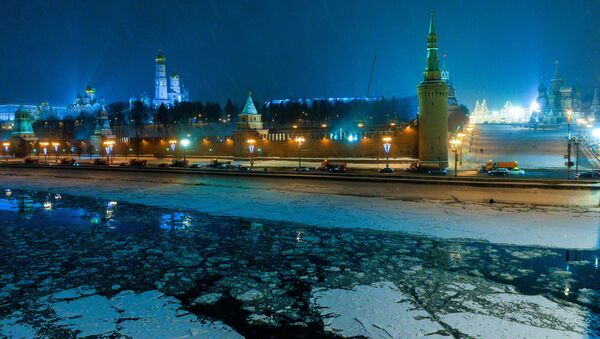 © Sputnik / Aleksey Kudenko
/
Go to the photo bank
Subscribe
MOSCOW (Sputnik) - Only five days left until Sunday, when the Russians will cast their ballots at the forthcoming presidential election, choosing the name of the person, who will rule the country over the next six years.

The election campaign for the election began on December 18. Only eight of the 70 candidates, who expressed their desire to participate in the vote, have made it to the final stage of the race, and one of them is having an unpleasant problem over alleged accounts in foreign banks.

Presidential debates, in which candidates could talk about the most difficult domestic and foreign policy issues, are usually the most salient part of election campaigns. The national channels have allocated over 60 hours of free air time for debates, while three radio networks have also offered candidates an opportunity to present their programs and take part in debates.

Over 600 regional television and radio broadcasters also provided the candidates with air time. Only seven candidates are taking part in these debates. Putin and his authorized representatives have decided not to participate in the debates.

Russian Presidential Candidate Sobchak Denies Rumors Putin is Her Godfather
The very first radio debates provoked a scandal, because only Zhirinovsky took part in them personally, while the other candidates sent their representatives. A similar situation took place during the first televised debates, following which the Central Election Commission (CEC) reminded the delegates that they may only be absent from debates for a serious reason. Zhirinovsky proposed that the free air time of absent candidates be reassigned to their rivals. But the CEC rejected this initiative.

Amid the absence of the candidates at the events, several of the politicians called for changes in the format and timeframe of debates. Sobchak, Zhirinovsky, and Baburin protested against the debates’ format, whereas Grudinin walked out of a TV studio saying that he would no longer take part in this "spectacle."

Responding to the complaints, Ella Pamfilova, the CEC chairwoman, said that no candidates had voiced their objections during the procedure of allocation of free air time.

'F*cking Wh*re': Presidential Candidate Gets 'Cooled' With Water During Debate
At the same time the official invited the presidential candidates to hold a meeting, however the sides did not reached a compromise due to a number of reasons.

One of the biggest scandals during the debates was Sobchak’s quarrel with Zhirinovsky, broadcast by Rossiya 1. When Zhirinovsky interfered in a speech delivered by Baburin, Sobchak called on Zhirinovsky to calm down but he only shouted insults. In return Sobchak splashed water on her rival.

Responding to the insults, the CEC sent a request to the Russian Prosecutor General's Office. According to Pamfilova, the election commission has to ensure that no one insults candidates.

Ahead of the election, the CEC has carefully checked the number of voters. As of January 1, 2018, the Russian electorate numbered some 109 million in Russia and approximately 1.9 million outside it.

The CEC reported that it had cleansed voter lists of phantom voters and repeated mentioning of voters in the lists. It also cooperated with the Russian Interior Ministry to rule out the double reporting of those who permanently reside abroad being registered in Russia. CEC Deputy Chairperson Nikolai Bulaev said in early February that the voter lists were highly reliable but that they would continue to update the lists.

Some 97,000 ballot stations will open on Sunday in Russia, and another 400 polling places will be established in 145 other countries.

Representatives of 52 Embassies in Russia to Monitor 2018 Presidential Election
Early voting has been organized at some ballot stations outside Russia as well as in remote areas in the country. About 170,000 voters, including the staff of polar stations and the crews of ships that will be away in at sea on the voting day, have such an opportunity. As of Wednesday, 27,000 people in 24 Russian regions, or 0.02 percent of the total number of voters, had already cast their ballots.

According to Russia's legislation, any voter is able to vote at polling stations located near their de facto residence due to the new "mobile voter" mechanism in the election. Starting from January 31, local election commissions, Russia's Public Services Portal, and Public Services Centers started receiving such requests. Over 4.2 million applications have already been received.

The 2018 election campaign is characterized by a record low number of complaints filed. According to the CEC, only 386 complaints have been filed by Monday, the majority of them in Moscow (56), St. Petersburg (38) and Moscow Region (35).

Speaking about low numbers, Pamfilova said that it had been caused by the CEC’s prompt and effective work to mend the problems cited in complaints. The official called on the regional election commissions to act in a similar manner.

Pamfilova mentioned numerous fake news regarding election campaign falsifications, which are designed to discredit the authorities. She pointed out that false complaints were sent to regional election commissions and also reported by public organizations in their so-called "violation registers." According to the official, such organizations seldom check the information they receive but immediately make it public.

The majority of Grudinin's complaints have been related to the coverage of his campaign by TV channels. The CEC has not found signs of violations by the media outlets. At the same time the commission has found violations in the information provided by the candidate before the election.

In particular, information from the Federal Tax Service (FTS) shows that Grudinin had 13 bank accounts in Switzerland at the time of his nomination. Despite this, the CEC has refused to cancel his registration because they have a signed statement filed by Grudinin upon his registration to the effect that he does not own any financial assets abroad. At the same time, the CEC will publish the FTS data regarding Grudinin on the posters with information about the candidates, which will be on display at all voting stations.

The CEC expects huge interest from international observers, including representatives of international organizations, lawmakers, and diplomats, to monitor the election.

Russian Election Commission Receives 386 Complaints During Presidential Campaign
The vote would also be monitored by 300 representatives from the Commonwealth of Independent States (CIS) and by representatives of 52 embassies located in Moscow.

Russian lower house speaker Vyacheslav Volodin has also sent some 250 invitations to observers from 74 countries, including to lawmakers, the members of the European Parliament, and political analysts.

All presidential candidates will also have their observers. They claim that their monitors will be deployed at nearly all voting stations across the country.

There will be also public observers, including from the Civic Chamber of Russia, which has received the right to send observers to the voting stations. The federal and regional chambers hope to train over 100,000 people to monitor the presidential election.

On the voting day, people will be able not just to cast their ballots but also to monitor the situation online via video cameras installed at the polling stations, where some 80 percent of voters will take part in the election. For the first time ever, cameras will be also installed at the territorial election commissions where voting results protocols will be delivered from district election commissions.

Early Voting in Russian Election Took Place in 3 US States
Bulaev said that the technical standards at the upcoming election will be the highest ever.

QR-codes will be used at the upcoming election to count voting results for the first time.

This should reduce the number of mistakes due to human error and also accelerate the feeding of protocol data into the State Automated System Vybory. The CEC hopes that the use of QR-code technology will allow the cast ballots to be counted in record time.