German Football Association Against Boycott of World Cup 2018 in Russia 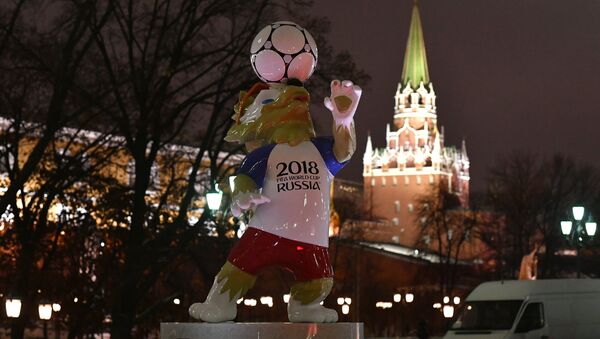 MOSCOW (Sputnik) - The German Football Association (DFB) stands for dialogue rather than for boycotting sport competitions, including the 2018 FIFA World Cup, which will be held in Russia, the association’s president Reinhard Grindel said Wednesday.

"The DFB counts on dialogue, not on a boycott. Bridges between people must overcome the militancy of the powerful ones. A boycott would not make any difference. Instead, the 2018 Olympic Games in South Korea demonstrated that sport can localize a conflict and bring people together," Grindel said as quoted by the Bild newspaper.

Earlier in the day, UK Prime Minister Theresa May announced expulsion of Russian diplomats from the UK over the poisoning of former intelligence officer Sergei Skripal and stressed that London will suspend all high level contacts with diplomatic officials from Moscow, including during the upcoming World Cup in Russia.

UK PM Planning 'Economic War' Against Russia Over Skripal Poisoning - Reports
On March 6, UK Foreign Secretary Boris Johnson said that the representation of the United Kingdom at the upcoming FIFA World Cup in Russia should be reconsidered amid allegations against Moscow of being behind the poisoning of former Russian intelligence officer Sergey Skripal in Salisbury.

Skripal and his daughter Yulia were found unconscious earlier this month on a bench at a shopping center in Salisbury. Both of them remain in critical condition and are being treated for exposure to a chemical.

On Monday, UK Prime Minister Theresa May said that it was "highly likely" that Russia was responsible for the suspected poisoning and threatened to apply harsh response measures.

READ MORE: Russia Fears Nothing, Language of Ultimatums to Fail — Envoy to EU on Skripal

US Had Access to Substance Allegedly Used to Poison Skripal Since 1999 – Report
Russian presidential spokesman Dmitry Peskov said the Kremlin has no information on what could have caused the apparent attack and noted that Moscow was ready to cooperate with the UK investigation. Foreign Minister Sergey Lavrov pointed out that no facts proving Russian involvement in the incident have been provided by the UK side.

Russian Foreign Ministry's spokeswoman Maria Zakharova said Tuesday that the accusations were aimed at undermining trust in Russia as the organizer of the 2018 FIFA World Cup.