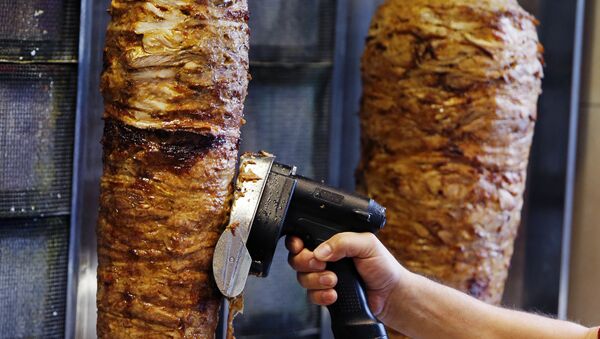 Turku politician Muhis Azizi has started receiving threats following a statement he made to a local newspaper regarding the halal slaughter of meat; he claims he was misinterpreted.

At the beginning of March, Turku City Veterinarian Inspector Tiina Korte-Mattila claimed that the halal slaughter of meat, which is banned in the country, was likely to take place in the region behind the backs of local authorities, in an interview with the newspaper Turkulainen.

Municipal politician Muhis Azizi of the National Coalition Party then stated that the time was ripe for a thorough discussion on that matter, given Finland's plans to tighten the rules for animal slaughter, which many argued contradicted Islamic prescriptions.

"Muslims in Turku need their meat as well. We must discuss how we can produce it legally," Azizi told Turkulainen.

Following the comment, Azizi admitted that he and his family started receiving anonymous threats, via both social media and snail mail, despite claiming to have been misunderstood.

"What everyone seemed to misinterpret was that I explicitly said that the animals slaughtered should be stunned, fully in accordance with the law. This procedure is very much akin to the production of kosher meat," Azizi told national broadcaster Yle.

Azizi described the threats as "completely unlawful" and "insane."

"Who will highlight this if I not me? Why do I have to be mocked and threatened for stressing the concerns of those who voted for me, in other words, Turku Muslims?" Azizi told Yle.

Following the debate, the National Coalition Party, of which Azizi is a member, started receiving questions. Azizi clarified that this is his personal opinion that doesn't necessarily reflects the party's policy.

"It's Azizi the Kurd, the Muslim and the citizen who speaks on that matter," he added.

Unlike Finland's Islamic Association and other representatives of the nation's Muslim circles who oppose the push for more "humane" animal slaughter, arguing the requirement to stun the animals before killing contradicted the teachings of Islam, Azizi advocates finding a way of slaughtering that would still be halal.

"I just said that you can slaughter the animals completely according to the law in such a way that it is still halal. You must be able to discuss that. Businesslike," Azizi said. "But as long as there is a demand for halal meat, there will be illegal slaughter," Azizi said.

Azizi stressed that the number of Muslims in Finland was steadily increasing. "Especially men from the Middle East are big carnivores. Therefore, it is important to start talking about this," he emphasized.

Another problem closely-related to the Finnish "halal" debate is that the most halal meat sold in the Nordic country is imported frozen. Many choose therefore to travel to neighboring Sweden, where fresh halal meat is always available. According to Azizi, this is tantamount to a loss of profits.