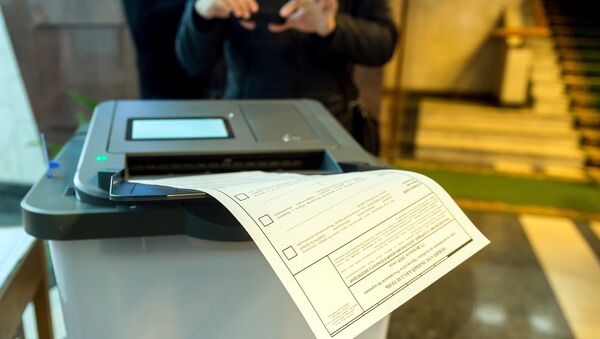 An Indian observer monitoring the upcoming Presidential elections in Russia says she is already convinced it will be fair. Purnima Anand, in a conversation with Sputnik, says strong leadership in Russia will play a vital role in structuring a new world order.

New Delhi (Sputnik) — With Russia's presidential elections around the corner, observers in India are keenly watching the development as they feel that the world no longer recognizes or accepts the hegemony of one or two powers and strong leadership in Russia will strengthen the process of instating a multi-polar world order.

READ MORE: Some 75% of Russians to Support Putin in Upcoming Vote – Poll

"Today, we are moving to a multi-polar world, with India, China and Russia becoming a balancing force to the West. I have found the Russian political system quite fair, and the rest, I will able to tell you more once I am back after the presidential elections," Purnima Anand, an observer nominated by India to monitor the Russian Presidential election, told Sputnik.

Anand heads the BRICS international forum in India and is a noted figure in public diplomacy.

A Moscow-based political expert believes that President Putin is likely to be re-elected and the results will further speed up the development process in the country.

"He (Putin) will probably be re-elected and after that, we have to see how we can grow and develop faster and better. Most Russians are better off than we were some 10 to 15 years ago, although lot needs to be done. We have to accelerate growth," Russian political scientist Prof. Sergey Alexandrovich Karaganov told Sputnik while he was in India recently.

Professor Karaganov, a political scientist who heads the Council on Foreign and Defense Policy, a security analyses institution based in Moscow, was in India earlier this month at the invitation of the Federation of Indian Chambers of Commerce and Industry.