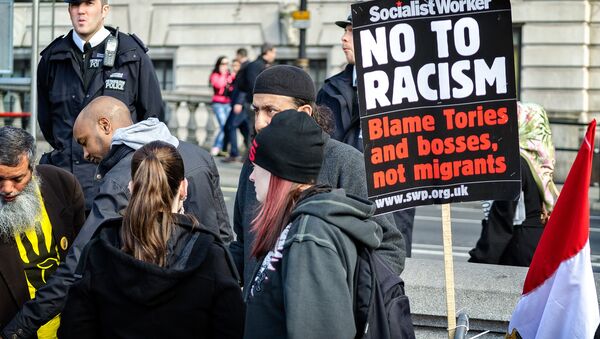 The Liberal Democrats have been among the most vocal proponents of overturning the results of the 2016 EU Membership Referendum.

The leader of the UK Liberal Democrats Vince Cable has faced a backlash for comments he made implying that many Britons who voted to leave the European Union in June 2016 were gripped by a nostalgia for a Britain that had "blue passports and white faces."

The Member for Twickenham has sought to defend the comments he made in a speech to the Liberal Democrats' party conference by pointing out that at least three quarters of voters to remain in the EU had been under 25s while 70 percent of those aged 65 and over voted to Leave which he claimed was colored by their experiences of life before Britain's accession to the then European Economic Community in 1973.

Mr. Cable's attempts to explain his choice of words have not, however, stemmed a furious backlash on social media by those branding him a racist instead.

Wow old vince cable is a closet racist, who fails to grasp why people voted out of Eu. They couldn’t get any further away from the ordinary person. How isolated and remote for the real world are politicians #racistCable #pompus #brexit #cluelessPolitician #libDemFAIL

Oh, when you dig deeper, it seems Vince Cable has only got one insult…https://t.co/Yih4stAZuY#Brexit & #LeaveEU

Lib Dem leader, Sir Vince Cable, has denied hinting that all older #Brexit voters are racist. This was during the party’s spring conference yesterday. Do you think that some Brexit voters have changed their mind about Brexit? Tweet us your thoughts… pic.twitter.com/Omak60QAlt

​Under Vince Cable's leadership, the Liberal Democrats have been among the most vocal supporters of Britain remaining in the UK even despite the majority of the population voting in favour of Brexit in 2016. The party's members have variously argued that certain claims made by the Leave campaign were misleading, that Brexit will simply be too damaging to the British economy to be worth implementing and that the referendum should even be held again.