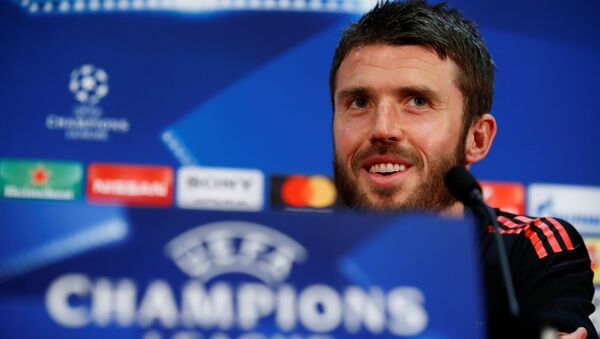 The midfielder confirmed it will be his last season at Old Trafford and revealed the logical transition to Jose Mourinho's coaching staff in the off-season.

Carrick has been limited to just three starts this season after undergoing a heart procedure in September, and will call it a career after 12 years with the club.

"There comes a time, whether you like it or you don't like it, that your body tells you it is time to stop playing football. That's pretty much where I'm at. It's something that you have got to accept," said the 36-year-old at a press-conference.

The former England international also indicated there is a good chance he will remain on the bench next season, albeit in a coaching role.

"It's kind of been sorted out, but we're still talking about it so there is nothing to totally confirm yet. It's looking likely."

Since arriving at United from Tottenham Hotspur in 2006, Carrick has appeared in 463 matches for The Reds and won 34 England caps.

Michael Carrick has confirmed that he will retire at the end of this season.

Not a bad trophy cabinet that! pic.twitter.com/yjMw9N4yzn