You Had Your Chance: Finland Seeks to End 'Unlimited' Asylum Applications 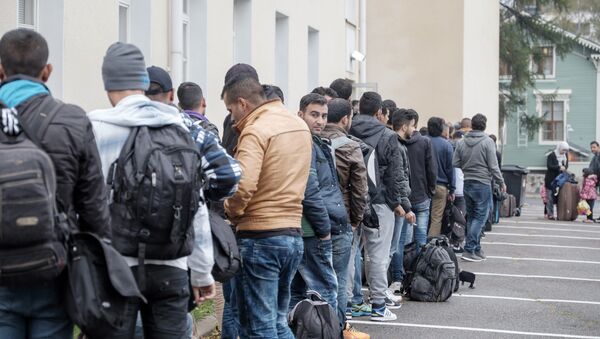 Current Finnish legislation doesn't limit the number of attempts to secure refugee status, an opportunity widely utilized by some asylum seekers, many of whom have claimed asylum multiple times. However, changes are underway, but may take a year to implement.

As part of the European Union's attempts to put an end to the asylum chaos, negotiations are underway to adopt a new resolution that would limit the endless stream of applications. Finland, whose current legislation lacks any limitation on the number of asylum requests, is likely to become one of the first nations forced to amend its foreigner law, Finnish national broadcaster Yle reported.

At present, the number of attempts to secure one's refugee status is not limited in the Nordic country. A new application can be submitted every time a new cause for asylum arises, something which is being increasingly utilized by asylum seekers.

Over 200 people are still living at the refugee reception center in Siilinjärvi, which was founded at the height of the 2015 migrant crisis when the Nordic nation was caught unawares by the massive torrent of immigrants. The number of residents is only slowly declining because all of them try repeatedly to apply for refugee status.

The situation is similar at other reception centers, where asylum seekers may live for years by endlessly appealing the negative decisions taken by the Finnish immigration authorities. According to the Migration Board (Migri), more than half of the applications currently being processed are repeated attempts. Currently about 630 asylum seekers are expecting decisions on their repeat applications, up from about a hundred only a year ago.

An application can be filed again once there is a new foundation for obtaining refugee status, such as the deterioration of the security situation in the applicant's country of origin. The most common reasons for re-submitting applications, however, are conversion to Christianity and sexual orientation, which applicants claim make it impossible for them to return to their country of origin.

According to the Finnish Ministry of Internal Affairs, amendments to the Foreigner Law will take a year to come into force.

In 2015, Finland received slightly over 30,000 asylum seekers, which is ten times the usual annual number for the Nordic nation. While about 12,000 of them have received positive decisions, Finland has admitted to having difficulties keeping track of asylum seekers, who tend to "disappear from the radar."