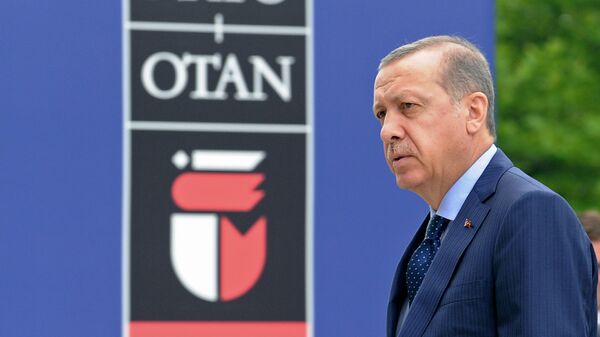 Turkish President Recep Tayyip Erdogan has reiterated that the only goal of Ankara's Operation Olive Branch in Syria's Afrin region is to destroy terrorists.

Speaking at a gathering of his ruling Justice and Development party in the Turkish city of Mersin, President Recep Tayyip Erdogan has lashed out at NATO over its unwillingness to support Ankara's current military operation in northwestern Syria.

"Hey NATO where are you? We're fighting so much. NATO, Turkey is not a NATO country? Where are you? You've invited NATO-member states to Afghanistan," Erdogan said. 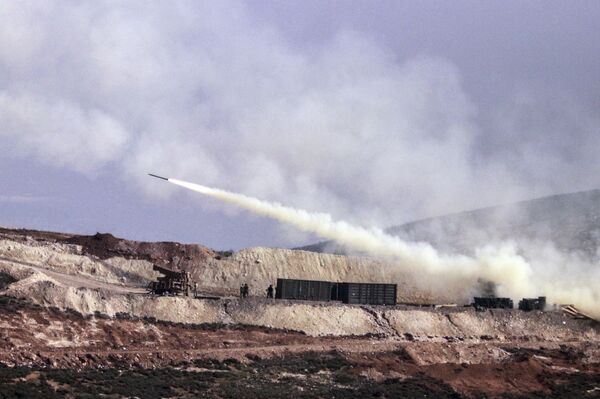 He went even further by saying that NATO would oppose the Turkish military's Operation Olive Branch, which targets Kurdish People's Protection Units (YPG) in the Afrin region of neighboring Syria, if the alliance had the drive to do so.

"In fact, they would openly oppose Turkey in Syria if they could. But seeing Turkey's adamant position, they did not find [the] resolve to do so," he pointed out.

Erdogan also reiterated that the Afrin operation's one and only purpose is to combat terrorists in Syria.

"Turkey's goal is not the capture of the territories of other states, but only the elimination of the terrorism threat in the region. Turkey will fight terrorists anywhere they operate," Erdogan said.

His remarks came almost a week after the Pentagon announced its "operational pause" in the fight against remnants of Daesh* terrorists in eastern Syria, acknowledging that the Turkish offensive had affected the US combat capabilities.

Battle for Afrin: 48 Pro-Syrian Gov't Fighters Killed Amid Turkish Op
Ankara launched Operation Olive Branch on January 20, in a bid to clear YPG forces from the part of Syria located adjacent to the Turkish border.

Turkish authorities believe that the YPG is linked to the Kurdistan Workers' Party (PKK), which has been blacklisted by Ankara as a terrorist organization.

Damascus condemned Turkey's military operation in Afrin as an assault on Syria's sovereignty, while Moscow has urged all the parties to show restraint and respect for Syria's territorial integrity.