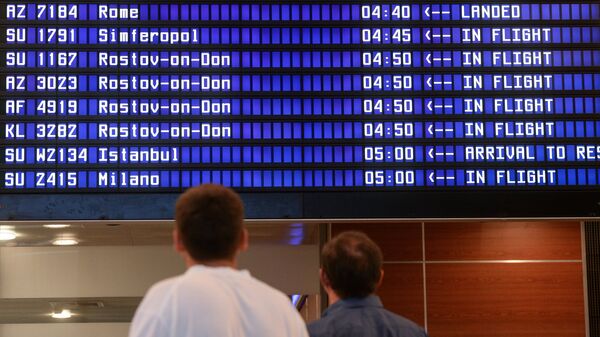 CAIRO (Sputnik) - The EgyptAir airline’s employees have received permits allowing them to work at a Moscow airport, local media reported, citing a source from the Egyptian company.

According to Egypt's Al-Dustour newspaper, the flag carrier airline of Egypt expects to receive the final permission from the Russian authorities to operate flights between the two countries in the next few days.

In turn, a source in the Cairo airport told the media that employees of the Russian Aeroflot company also began to receive permits to work in the areas of arrival and departure of the airport.

Last week, media reported that the flights between Russia and Egypt would resume in late March.

Russia suspended civilian air traffic to Egypt in October 2015 after a bomb explosion on a Russian plane from Sharm el-Sheikh, killing all 224 people on board.

On December 15, 2017, Russia and Egypt signed an agreement to resume passenger flights between their capitals, which was supposed to enter into force in February. However, the air connection between Moscow and Cairo remained suspended.