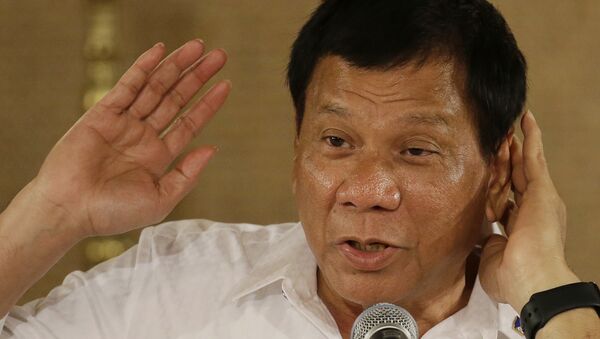 Speaking in the city of Zamboanga, Philippines President Rodrigo Duterte called for the military to refuse to cooperate with UN experts and suggested “throwing them to the crocodiles.”

"If these fools come here, are there crocodiles here? The ones that eat people? Throw those sons of bitches to them," he said, according to the Philippine Star.

In fact, this is only the latest development in the war of words between Duterte and the United Nations.

Both the UN and ICC are conducting investigations into Duterte's alleged extrajudicial killings as the Philippine government wages a full-on war against drug lords.

"Don't f**k with me, girls," Duterte said, underscoring that international human rights agencies have no jurisdiction over him, according to a report by Al-Jazeera.

The number of people killed during the "war on drugs" varies: government statistics claim 3,967 lives have been lost, while opposition senator Antonio Trillanes says the true sum is more like 20,000.

Duterte has repeatedly justified his heavy-handed approach with the necessity of protecting the country from the growing menace of drug addiction, which he said has afflicted at least 1.6 million Filipinos, Al-Jazeera reports.

"Look at the crime rate! Who are the victims? Kids. Drug addicts raping a six-month-old baby," he said Wednesday.

On March 3, Philippine presidential spokesman Harry Roque, Jr. said that Callamard will get special treatment from Manila if she comes to the Philippines as a tourist and swims in the Pasig River, a notoriously polluted body of water in the Philippine capital.