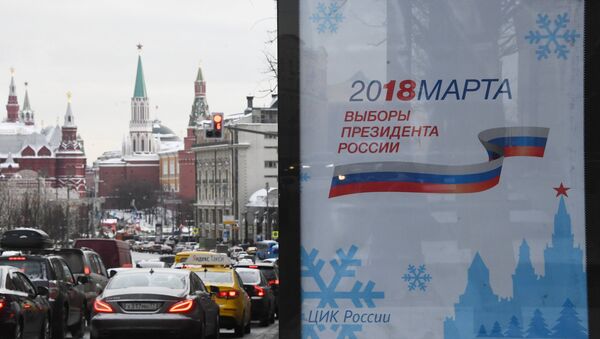 © Sputnik / Iliya Pitalev
/
Go to the photo bank
Subscribe
MOSCOW (Sputnik) - The Russian Central Election Commission (CEC) has received more than 4.2 million applications from the Russians, who want to cast their ballots at the voting stations located away from their permanent residences, CEC chairwoman Ella Pamfilova said Monday.

"As of today, we have received over 4.2 million such applications," Pamfilova told reporters, speaking about people, who want to vote at polling stations located near their de facto residence rather than those close to their registered address after submitting the relevant applications.

The CEC chairwoman recalled that the Russian citizens were able to file such applications before the end of Monday.

The presidential election in Russia will be held on March 18.