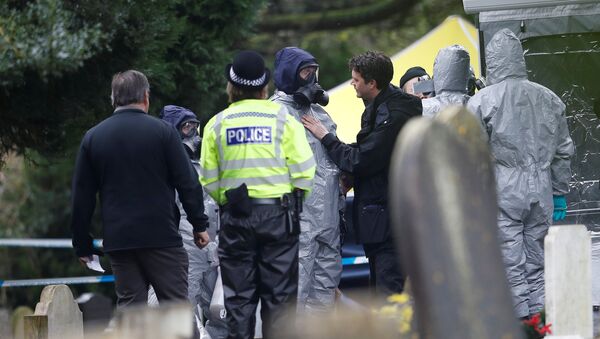 MOSCOW (Sputnik) - The United Kingdom is going to introduce its version of the Magnitsky Act targeting Russian nationals, including officials who are accused of violating human rights and of corruption, the Telegraph newspaper reported Sunday.

According to the media, UK Foreign Secretary Boris Johnson and Home Secretary Amber Rudd have already agreed that the United Kingdom will impose sanctions similar to the Magnitsky Act.

The move comes amid the incident around former Russian intelligence officer Sergei Skripal and his daughter who were exposed to a nerve agent on Monday. Western media accused Moscow of orchestrating the assassination of the ex-spy.

UK Police Say Identified Hundreds of Witnesses in Russian ex-Spy Poisoning Case
The United States adopted the so-called Magnitsky Act, which imposes travel bans and financial sanctions on Russian officials and other individuals believed to have been involved in the death of Sergei Magnitsky, in late 2012. The Hermitage Capital Management hedge fund lawyer was arrested in Moscow in 2008 on charges of tax evasion and later died of heart failure while in prison.

In December 2016, then-US President Barack Obama signed into law the Global Magnitsky Act, which expands the Russia-specific sanctions to other countries.