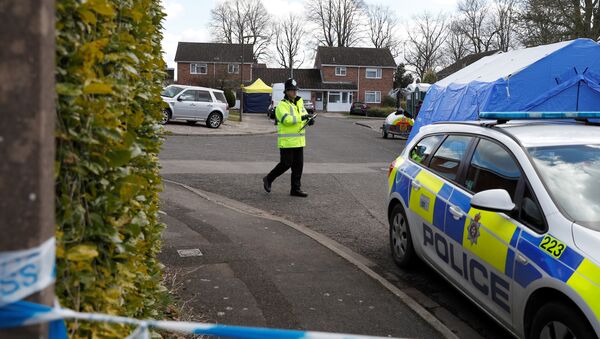 On Monday, the UK police said that a man and a woman were found unconscious on a bench at a shopping center in Salisbury. Both of them were "in a critical condition" and are being treated for suspected exposure to an unknown substance. It was later confirmed by UK Foreign Secretary Boris Johnson that the man was Skripal, who was granted asylum in the United Kingdom after a US-Russia spy exchange, while the woman was his daughter, Yulia.

"Counterterrorism police, investigating the Salisbury suspected nerve agent attack, have identified over 240 witnesses and are looking at more than 200 pieces of evidence," Rudd said.

The secretary pointed out that police were carrying out a massive and substantial investigation.

Analyst Sheds Some Light on Mysterious Russian Ex-Spy Poisoning Story
"This is a serious, substantial investigation. We need to give the police and the investigators the space to get on with that… I want to stress that they are proceeding with speed and professionalism. We are putting in enormous resources to ensure that they have all the support that they need to do that," Rudd added.

Russian presidential spokesman Dmitry Peskov said that the Kremlin had no information on what could have caused the incident and noted that Moscow was open for cooperation.