Putin Explains How to Stay Cool, What Merkel Sends Him and What He Can't Forgive 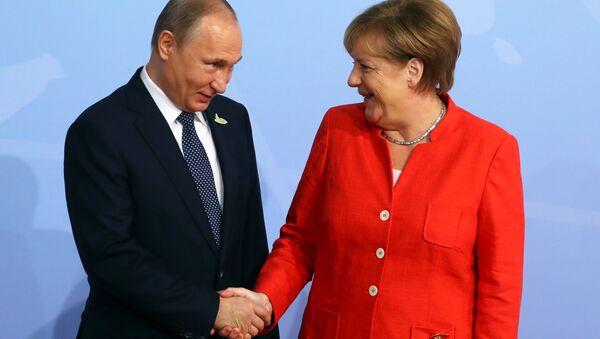 One week ahead of the Russian presidential election, President Vladimir Putin appeared in a feature-length promotional film, where he shared some of his core beliefs.

In the movie, released today, Vladimir Putin answered how he manages self-control in different situations, saying “When somebody loses his temper, he shows weakness. A person in my position has no right to show weakness."

He also said that he can forgive, but that not everything was forgivable:  he believes that there's no excuse for betrayal. He also shared what keeps him energized and fit for work, saying his secret is “being sure what you are doing is righteous as well as being ready to devote your life to it.”

Putin also told the interviewer that current German chancellor Angela Merkel sends him the kind of beer he enjoyed drinking while working in the German Democratic Republic, according to the teaser of the second part of this film, which has yet to be released.

“Angela sends me  a couple of bottles of Radeberger beer from time to time,” Putin told the journalist.

“PUTIN,” A new film about the current Russian president, who is seeking a fourth term in office, appeared on the Russia’s social network Odnoklassniki. For two hours, Vladimir Putin tells his campaign press-secretary and the film's creator about his family, the crucial events of his term as well as his basic views and beliefs. Prominent political figures from Russia and abroad, as well as guests who knew Putin long before his political career, share their perceptions of the Russian president.

The presidential election is to take place on March 18th.

READ MORE: Over 60% of Russians Intend to Vote for Putin at Presidential Election — Poll