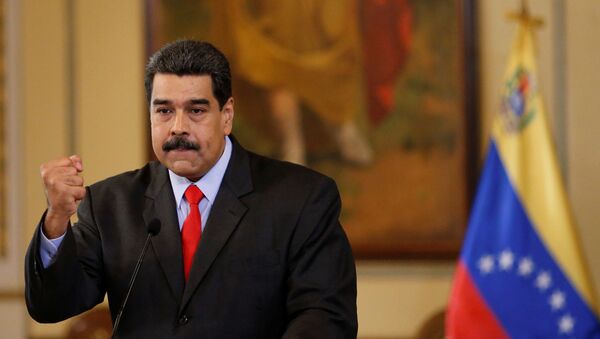 The UN human rights chief came under fire for his statements on the human rights situation in Venezuela and on the mental health of the Philippine president, who is waging a war on drugs in his country.

Venezuelan President Nicolas Maduro has launched a verbal barrage against UN Human Rights Office High Commissioner Zeid Ra'ad Al Hussein for his comments on alleged human rights violations in the Latin American country. Maduro called the commissioner a "militant of the fascist Venezuelan right" and "a pawn of the State Department." He also compared him to a "tumor" that, according to him, has afflicted the human rights system.

Zeid Ra'ad Al Hussein earlier claimed to have received reports on "hundreds of extra-judicial killings" that had taken place in Venezuela during the clashes between opposition protesters and riot police.

Venezuela, which used to be one of the richest countries in the region due to its vast oil resources, is currently facing a grave economic crisis, with hyperinflation plaguing the country, causing food and medicine shortages. The desperate economic situation resulted in people taking to the streets, protesting against the state's policies. President Maduro blames US sanctions, imposed on the country for the dire economic situation.

"The Philippines takes grave exception to the irresponsible and disrespectful comments of the United Nations High Commissioner for Human Rights that cast untoward aspersions regarding the President of the Republic of the Philippines," Cayetano said.

He warned the high commissioner against such comments, as when such "ranking U.N. human rights official […] oversteps his mandate" it can create a malign precedent for those "who seek to politicise and weaponise human rights" to undermine legitimate governments.

The backlash comes in wake of Zeid Ra'ad Al Hussein's statement that Rodrigo Duterte should "submit himself to […] psychiatric evaluation," which he gave commenting on Manila's accusations of terrorism against UN special rapporteurs.