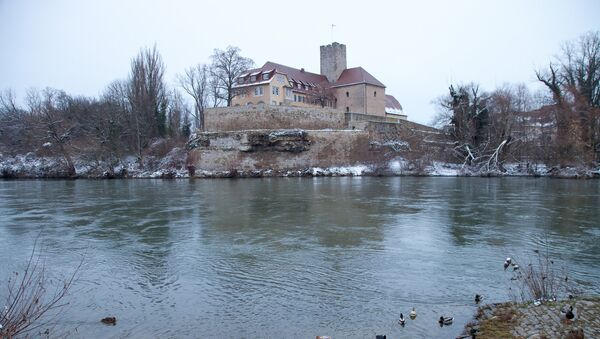 Unknown perpetrators threw so called Molotov cocktails, also known as petrol bombs, onto a mosque while an imam was inside the building.

An attack on a mosque in the German town Lauffen am Neckar has prompted a police inquiry, German newspaper Die Zeit reported.

Although the move did not lead to any injuries, police have classified the case as attempted murder, because an imam was inside the building at the time of the crime.

German Interior Minister's Muslim Holidays Idea Gets Hostile Greeting
The damage is estimated at about 5,000 euro and the perpetrators remain unknown.

According to the Federal Ministry of the Interior, there were almost 1,000 attacks on Muslims and Muslim institutions committed last year. As a result of the attacks, 33 people were injured.

Since 2015, the European Union has been facing an acute migration crisis resulting from an influx of asylum seekers and migrants fleeing hostilities and crises in the Middle East and Northern Africa.

The crisis partly came as a result of German Chancellor Angela Merkel's open door migration policy, which has been criticized by many EU residents and politicians.

At the same time, Europe has been one of the main targets of terrorist attacks by jihadists, which is why some countries have expressed their desire to restrict migration for fear of even more terrorists reaching the continent in the vast migrant flows. The terrorist threat has also led to a rise in right-wing and anti-Islam sentiments in many European countries.