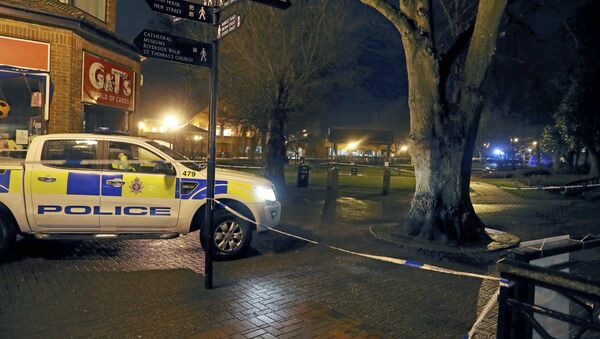 A total of 21 people were treated for potential exposure to the nerve agent used against former Russian intelligence officer Sergei Skripal and his daughter, according to Wiltshire Police Chief Constable Kier Pritchard.

Skripal, a former officer of Russia's Main Intelligence Directorate (GRU) who was granted asylum in the United Kingdom after a US-Russia spy exchange in 2010, and his daughter Yulia were found unconscious on a bench at a shopping center in the British city of Salisbury March 5 and were hospitalized in critical condition.

Pritchard said there were more victims in the incident, Sky News reported: 21 people sought medical treatment after exposure to the nerve agent used against Skripal, he said, several of the force's police officers among them.

"We've had multiple officers involved. There's been around 21 people including the main two index patients," Pritchard said. "They're having blood tests, they're having treatment in terms of support and advice provided."

Oops! UK Tabloid Presents Text of 8th Grader as Proof of Anti-Spy Conspiracy
Metropolitan Police counter-terrorism chief Mark Rowley confirmed on Wednesday that Skripal and his daughter were exposed to a nerve agent in an attempted murder incident. Government scientists have reportedly identified the nerve agent, but they have not disclosed what they believe it is.

Skripal and his daughter remain critically ill in intensive care. Nick Bailey, a Wiltshire police officer who was among the first to give help to the former spy, also remains in hospital, but is stable and conscious, "talking and engaging," according to British Home Secretary Amber Rudd.

"He's well, he's sat up. He is not the Nick that I know, but of course he's receiving a high level of treatment. He's in the safe hands of the medical professionals," Pritchard told Sky News, adding that he was "massively" proud of the officers who put themselves at risk when responding to the poisoning.

Hundreds of detectives, forensic specialists, analysts and intelligence officers from the Metropolitan Police and Wiltshire Police are investigating the incident, according to Rowley. 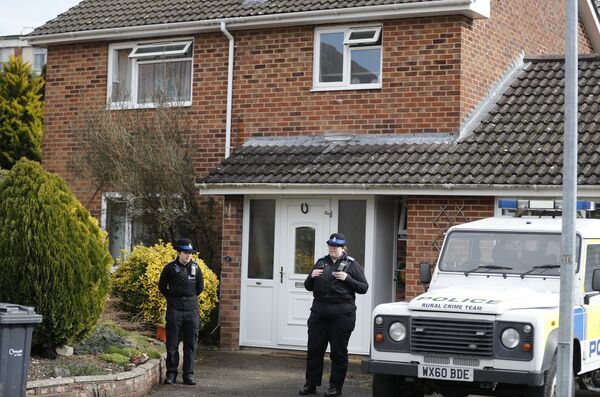 Rudd urged people to avoid speculating about the incident, saying that "it is… a matter for the police to decide what to investigate."

UK Police Prey on Blonde Caught on CCTV Before Incident With Russia's Ex-Spy
Following comments by UK Foreign Secretary Boris Johnson that London would respond if it appears that Moscow was involved, Russian Foreign Ministry spokesperson Maria Zakharova also called for the case to be thoroughly investigated before drawing conclusions on who was behind the attack.

Addressing allegations about Moscow's involvement in Skripal's poisoning, Russian presidential spokesperson Dmitry Peskov said that he could not give any comment because the Kremlin had no information on the incident, but he noted that Moscow was "open to cooperation" in the investigation into the case.

In 2006, Skripal was sentenced in Russia to 13 years in prison for cooperating with the UK Secret Intelligence Service MI6 and disclosing names of Russian intelligence agents working undercover in Europe. In 2010, then-Russian President Dmitry Medvedev signed a decree pardoning Skripal, with the former agent then moving to the United Kingdom.