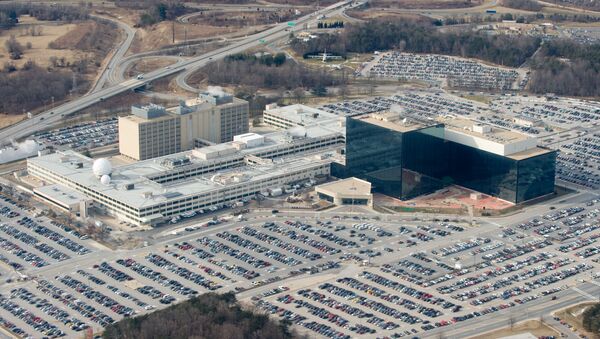 © AFP 2021 / SAUL LOEB
Subscribe
A group of Hungarian researchers examined leaked National Security Agency (NSA) documents and reported that the NSA was tracking as many as 45 hacking groups, many of them state-backed in nature.

John Kiriakou, co-host of Radio Sputnik's Loud & Clear, discussed what this revelation means with William Binney, a famous whistleblower who spent 30 years with the National Security Agency (NSA) before leaving the agency over what he has described as its "totalitarian" approach to surveillance: "better than anything that the KGB, the Stasi, or the Gestapo and SS ever had."

​Kiriakou started by asking Binney why the NSA was spying on hacking groups instead of preventing them from performing hack attacks themselves.

"Well, I think the answer can be just like Facebook does," Binney replied. "They let their 2 billion users to do all the work for them, so if they spy on all these hackers and hackers find weaknesses, that means they find them at the same time. Therefore, they can use them too. It's like using the hackers of the world to work for them for nothing. They find the weaknesses and then the NSA will capitalize on it."

"That's my problem with the NSA: the shortsighted, narrow thinking that they've had. They use these attacks to look into what everybody in the world is doing, wherever they are and that gives them the advantage of being able to see what everybody's doing. If they told anybody who was involved in fixing problems on these systems about the problems, they might fix them. If they fixed them, the window would close and they couldn't look in."

"So they decided a long time ago that they'd keep these things and not tell anybody, so everybody else left in the world was all weak and exposed for hackers to come around, find the same weaknesses and then attack them. In the meantime, every time somebody got attacked over here, our cybersecurity people would say, ‘well gee, we need more money for cybersecurity.' This is a swindle — if they'd fix the problems they know about, then maybe we'd have some cybersecurity," Binney said.

US Not Doing Enough to Counter Russia's Cyberattacks, But Taking Steps - NSA

Kiriakou pointed out that the US intelligence community was founded on inflating the country's problems in exchange for money. During the 48-year tenure of J Edgar Hoover as the leader of the FBI and its predecessor agency, the Bureau of Investigation, Congress never once reduced the bureau's budget, even when the rest of Washington was tightening its belt.

"It's a fundamental swindle," agreed Binney. "The first swindle was that you have to give up privacy for security — that was a lie from the beginning and they knew it. If you give up privacy that means they can collect your data and it takes a lot of money to do that. That helps to build an empire, and that's fundamentally what's been going on."

"The second swindle is this cybersecurity business. The third swindle is a new cold war. For example, a month or two ago I was in Amsterdam: the Dutch banks were attacked with a denial of service attack and the Dutch media all said that ‘the Russians are doing this.' If something bad happens, the Russians did it."

"But eventually they traced it down and they found out it was an 18-year old Dutch boy," Binney noted.

Kiriakou asked why intelligence agencies are so much more concerned with state-backed hacking groups when so many attacks are performed by private citizens, as in Binney's example.

"I think they probably feel that the state actors have more resources, more capability and more experience. They probably view them as the best hackers," Binney replied.