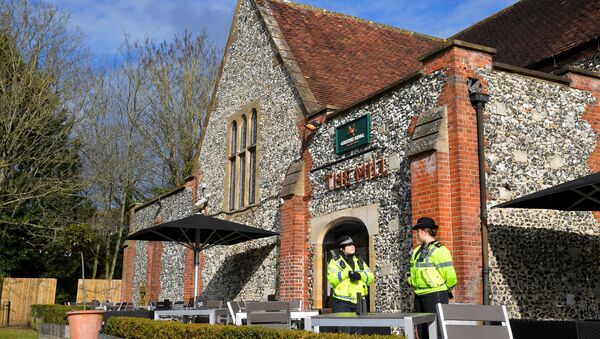 At the same time, the minister noted that Russia hadn't been provided with any specific facts, proving Moscow's involvement in Skripal's poisoning, adding that the Russian authorities regarded such allegations as propaganda.

"We have not seen any concrete facts. We have only seen some coverage where your colleagues with a serious face claim that if it was Russia there will be a response that Russia will never forget," Lavrov said during a press conference in Ethiopia, where he is currently on an official visit.

"If there is need for help from the Russian side, we will be ready to consider it, if we really have the corresponding information," Lavrov added.

"I would like to stress that Litvinenko's death, the blame for which was also put on Russia, was not investigated until the end, because the trial, which was called public, is actually closed, and it was conducted in a very strange manner. Numerous facts in the course of the probe were not made public" Lavrov added.

On Monday, UK police said that a man and a woman were found unconscious on a bench at a shopping center in Salisbury. Both of them were "in a critical condition" and being treated for suspected exposure to an unknown substance. It was later confirmed that the man was Skripal, who was granted asylum in the United Kingdom after a US-Russia spy exchange, while the woman was his daughter, Yulia.

Moscow Urges UK to Probe Ex-'Spy' Skripal's Case Before Blaming Russia - Reports
In 2006, Skripal was sentenced in Russia to 13 years in prison for cooperating with the UK Secret Intelligence Service MI6 and transferring names of Russian intelligence agents working undercover in Europe. In 2010, then Russian President Dmitry Medvedev signed a decree pardoning Skripal, with the former agent then moving to the United Kingdom.

Russian presidential spokesman Dmitry Peskov said that the Kremlin had no information on what could have been the reason behind the incident and noted that Moscow was open to cooperation. He refused to comment on media speculations about Russia's alleged involvement.

The Independent newspaper reported that UK security services were searching for a network of professional killers who were suspected of attacking Skripal. According to them, a sophisticated method of attack might mean that the perpetrators could have had access to government resources and planned the attack in detail.