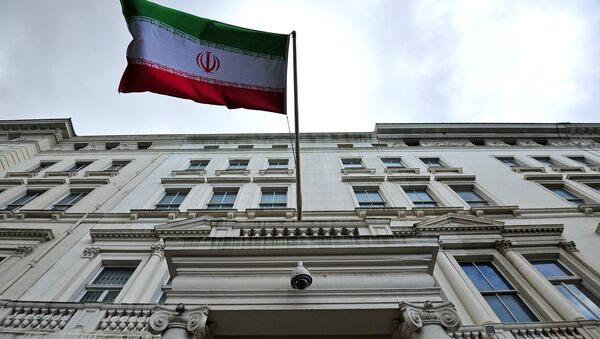 © AFP 2022 / CARL COURT
Subscribe
Four men dressed in black raided the Iranian embassy in London Friday afternoon, reportedly threatening staffers with machetes and baseball bats before climbing the façade of the building and taking down the Iranian flag.

Israel to Prevent Iran From Building Missile Factories in Syria, Lebanon - PM
Iranian Ambassador to the UK Hamid Baeedinejad confirmed reports of the attack, tweeting that "a few followers of [late Shia Muslim cleric Grand Ayatollah Muhammad al-] Shirazi have attacked the Islamic Republic of Iran's Embassy in London and broke the flag mast," adding that the raiders were "chanting slogans against Iranian officials."