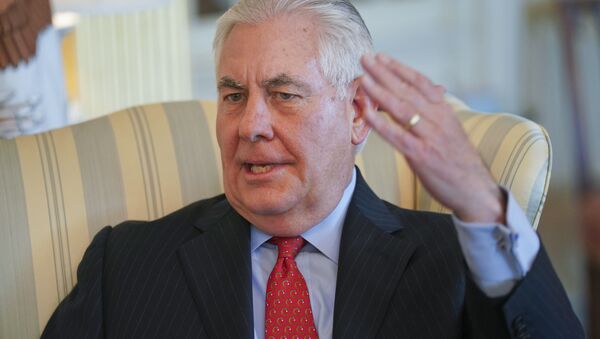 "I reiterate our desire for more African nations to apply concrete diplomatic and economic pressure on North Korea," Tillerson said. "African nations can contribute to this goal, and we need, country by country, for nations to take action to support this international effort towards a denuclearization of the Korean Peninsula."

As part of the maximum pressure campaign, the UN Security Council has imposed multiple rounds of sanctions against Pyongyang over its nuclear and ballistic missile tests. The United States has also called on all countries to cut trade and military ties with North Korea.

US media has reported that National Security Adviser H.R. McMaster will meet with his South Korean counterparts in Washington, DC on Thursday to discuss recent talks between the North and South.

South Korean media reports said the envoys would hand over a private message to the United States from North Korean leader Kim Jong-un.

Tensions on the Korean Peninsula have escalated drastically last year due to the North's nuclear activity, which led to the UN Security Council imposing its toughest ever sanctions on the country.

In November 2017, North Korea tested its most advanced intercontinental ballistic missile, which according to Pyongyang, would have been capable of hitting any part of the US mainland.