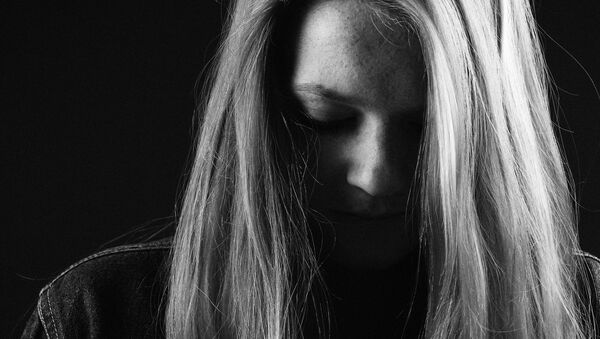 Britain's Home Office has agreed to extend a one-off maternity grant for asylum seekers in Britain to victims of modern slavery following "tragic" revelations in a new report into pregnant survivors of human trafficking.

Last year 671 women living in London were victims of modern slavery and 69 percent of them were trafficked into sexual exploitation and forced to work in strip clubs, as prostitutes, escort workers or in the pornography industry. A new report by the charity Hestia, published on International Women's Day, reveals one in four victims were pregnant when they escaped and sought support.

According to Hestia's report, Underground Lives, Pregnancy & Modern Slavery, 25 percent of women who had sought support from the charity after escaping from their traffickers were expecting a baby; one in three had contemplated suicide and many longed for contact with their own mothers while a baby grew inside them.

"To be craving that very ordinary contact and not be able to have it is tragic," Patrick Ryan CEO of Hestia told Sputnik. "For me, above the graphic and awful brutality exposed in the report, it's the number of pregnant women who craved contact with their own mother." Mr. Ryan said.

Survivors of human trafficking often cannot talk to their parents for fear of reprisals from their traffickers, or fear of bringing shame upon their families. Hestia analysed data from the Initial Assessment Records of 147 women who were pregnant in 2017. Its report revealed 16 percent of those had slept rough and all of the women enrolled in the National Referral Mechanism process relied on charitable donations and food banks for their basic needs.

The #NRM system requires urgent reform if we are to provide adequate support to child victims of #trafficking and #modernslavery. Sign our petition demanding guaranteed specialist support for child victimshttps://t.co/5rWL3oZ8Na#ChildTrafficking

​"A third of these women reported feeling suicidal whilst pregnant" Mr. Ryan told Sputnik. "Hestia has worked with men and women since 2011 and it's about understanding the real challenges victims of modern slavery face. They need a safe place to stay, free from those who trafficked and exploited them but they need more than just a safe place," Mr. Ryan added.

"These women need more perinatal care from the NHS. Some women have often had previous health related issues, including FGM or HIV or sexually transmitted infections who are at risk but are too scared to undergo tests or interventions. They're often dealing with a diagnosis and a pregnancy at the same time. There aren't enough mental health interventions offered in a timely enough way to give women the support they need, when they need it," Mr. Ryan told Sputnik.

"They're stuck in the UK, duped and isolated, sometimes the only person they can took to is a councillor or support worker. The 16 percent sleeping rough didn't know how to get help, there's often a language barrier or they come from countries where there is little trust in the authorities," she added.

"Their physical health is at risk alongside their emotional and mental health. Intervening in the short term is inexpensive, but the cost of not doing anything remains high." Mr. Ryan told Sputnik.

Today, Hestia's new report shines light on experience of pregnant victims of #ModernSlavery. Patrick Ryan CEO said "Pregnancy is a time of increased vulnerability. As a society, we must ensure that these women get the support they deserve.” #IWD2018 https://t.co/x34E0y0u5h

Hestia has five safe houses across London and Kent and works with The Salvation Army to support victims. Of the 671 women in London who were victims of modern slavery 70 percent were from Albania or Nigeria.

Great news that Lord Kennedy is supporting the Modern Slavery (Victim Support) Bill to ensure survivors of #modernslavery get the help they need. Find out more and lend your support too https://t.co/xJWhmVgc49 #freeforgood https://t.co/1wdjHx1bIb

One survivor, Issy, became pregnant but tried to conceal it because she knew if her captors found out they would force her to have an abortion. Issy wanted to keep the baby but was too scared to tell a health worker. When she returned to the flat where she was kept as a slave, Issy was forced to continue having sex with men until they no longer wanted her because of her bulge. One night she overheard her captors plotting to take her baby away from her so they could keep exploiting her. She managed to escape and an older woman took her to a police station.

But Hestia said most women do not possess any official documents and were rarely registered with a GP so access to help can be non-existent. Many have suffered severe trauma, including rape, sexual violence or female genital mutilation so they have a tendency to avoid intimate examinations which could trigger flashbacks. One woman was so scared to attend appointments which would involve internal examinations she chose to terminate her baby.

"No system is perfect. There has been a fine start and there are systems in place that didn't exist a decade ago but more needs to be done," Mr. Ryan told Sputnik. Hestia's report calls for the NHS to provide priority access to perinatal mental health support for pregnant victims of modern slavery and for the British government to review its system for dealing with such women.

"Supporting victims of modern slavery to rebuild their lives after exploitation is a key priority for this government… we are introducing a £300 (US$415) grant to meet pregnant women's essential needs around the time of their baby's birth," a Home Office spokesman told The Independent.