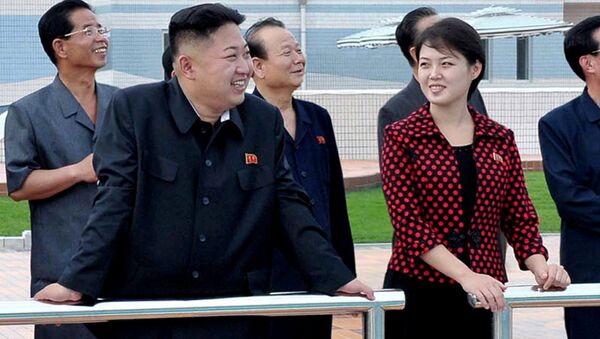 WASHINGTON (Sputnik) - North Korea might be sending some positive signals, but there is still a long way to go before Washington and Pyongyang can start negotiations, US Secretary of State Rex Tillerson said on Thursday during a visit to Ethiopia.

"I think, as President [Donald] Trump has indicated, potentially positive signals coming from North Korea by way of their intra-Korean dialogue with South Korea," Tillerson told reporters. "In terms of direct talks with the United States – and you asked negotiations, and we’re a long ways from negotiations."

US media has reported that National Security Adviser H.R. McMaster will meet with his South Korean counterpart in Washington, DC on Thursday to discuss recent talks between the North and South.

South Korean media reported two envoys have arrived in the US capital and will hand over a private message to the United States from North Korean leader Kim Jong-un.

The tensions on the Korean Peninsula have escalated drastically last year due to the North's nuclear program and missile tests, which led to the United Nations Security Council imposing its toughest ever sanctions on the country.

In November, North Korea tested its most advanced intercontinental ballistic missile, which according to Pyongyang, would have been capable of hitting any part of the US mainland.

However, in recent months the relations between the two Koreas have softened, after the states renewed talks and the North sent its athletes and a delegation to the 2018 Pyeongchang Winter Olympics in South Korea, where their national teams marched together under a "unification flag" in the opening ceremony.