Nearly 50% of Russians Sure Olympic Athletes Didn't Use Doping - Poll 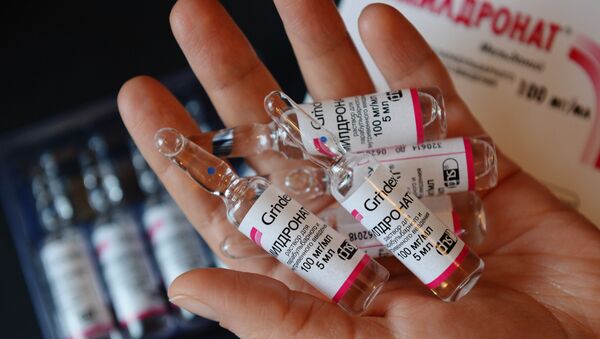 MOSCOW (Sputnik) - A total of 47 percent of Russians are convinced that the two Russian athletes who were implicated in a doping scandal at the Pyeongchang Olympics, in fact, did not use any prohibited substances, a Public Opinion Foundation (FOM) poll revealed on Thursday.

Two Russian athletes, curler Aleksandr Krushelnitckii and bobsledder Nadezhda Sergeeva, were tested positive for doping at the Olympics, with the former being stripped of his bronze medal. The tests were key reasons that influenced the International Olympic Committee's (IOC) decision not to reinstate the Russian Olympic Committee (ROC) before the end of the 2018 Games.

According to the survey, a total of 66 percent of respondents are aware of the situation, while 32 percent have not heard of it.

The poll was conducted on March 3-4 and involved 1,500 respondents from 53 Russian federal subjects. The survey was based on the research data of the Public Opinion Foundation Institute commissioned by the FOM with the margin for error being no higher than 3.6 percent.