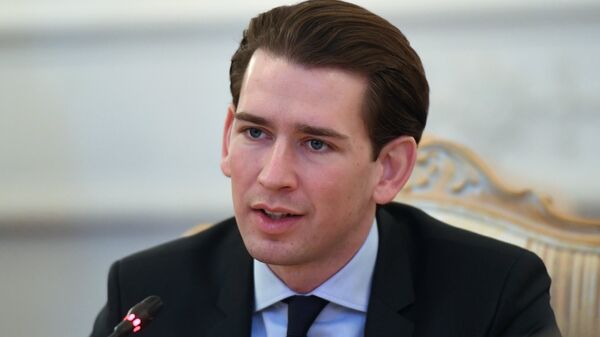 After a cabinet meeting on implementing new steel and aluminum tariffs by the US, Kurz said that it would be best if "we could just spare ourselves all of this," according to the Kurier newspaper.

Austrian Chancellor Sebastian Kurz sharply scrutinized planned US tariffs on steel and aluminum, saying that all sides would lose in the event of a trade war.

"There will be a reaction that will hopefully make the US change their minds, we can't accept this nonsense," Kurz said after a cabinet meeting.

The Austrian authorities are trying to prevent the Trump administration from taking actions toward fulfilling the tariffs in the first place and have threatened a harsh reaction from the EU.

EU Ready to Protect Its WTO Rights After Introduction of New US Tariffs
The European Commission has not yet taken a final decision in response to US punitive tariffs but has put forward several reaction options. EU Trade Commissioner Cecilia Malmstrom called on the US to "reconsider the matter." Among the EU countermeasures, there is a WTO complaint or even duties on various US products.

Last week, Trump said that 25-percent and 10-percent tariffs would be imposed on imported steel and aluminum, respectively, beginning in March for an unspecified period of time.

Earlier, Trump had indicated that the talks between the United States and the European Union on the issue of tariffs would be possible if the bloc suspended certain duties on US products.