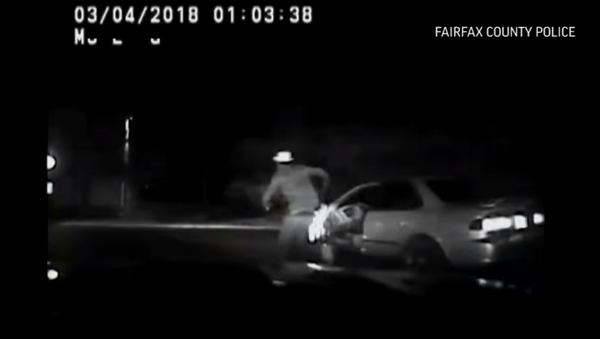 On Tuesday, Virginia's Fairfax County Police Department released dashcam footage of a drunk driver getting slightly run over by his own car after trying to get away from a cop car on foot.

Though officers were initially trying to stop the car for a window tint violation Sunday, the incident quickly escalated after the driver instead opted to speed away. The recording, shared by police, begins when the driver stops and jumps out of the vehicle.

​So how did the driver get run over by his own car, you wonder? Well, according to responding officers, he'd forgotten to put the car in park before jumping out and trying to evade officers on foot.

The driver was able to get back up and continue to run for a few moments before officers eventually caught up and placed him in handcuffs, NBC News reported.

"He's okay physically, but is charged with DWI (3rd offense) and a long list of other charges," a statement from the department noted.

The "long list of other charges" includes driving on a revoked license, possession of marijuana, hit-and-run and possession of an open container while operating a car. According to reports, the man was also served with warrants from another Virginia jurisdiction.