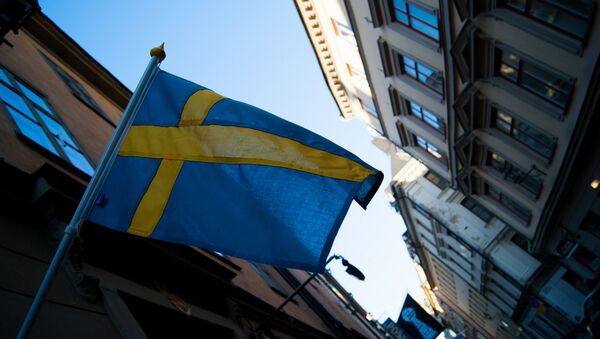 The party was founded by Gustav Kasselstrand, former senior member of the nationalist Sweden Democrats (SD), as a more radical counterpart to SD, which, he argued, has been "torn apart by destructive ideas and pursuit of money." Current SD leader Jimmie Åkesson has retorted by calling the challengers "extremists."

The newly founded Alternative for Sweden party (AfS) is based on a nationalist platform and by its own admission is seeking to challenge the nation's political establishment in the upcoming 2018 parliamentary elections. "Our goal is to influence Sweden in the right direction, not to be approved by the parties that caused Sweden's problems," the party said on its website.

​"Sweden is in crisis. Decades of large-scale immigration, high taxes and neglect of health care and education are now taking their toll. The established parties won't be able to solve Sweden's problems. On the contrary, it is they who are responsible for the current situation," the party wrote on its website.

In his presentation speech, Gustav Kasselstrand dwelled on the decline, which, he claimed, has swept over Sweden.

"After being one of the world's best countries to live in, a country that other nations marveled at and looked up to as a pioneering country, Sweden now serves as a horror example. People around the world are amazed at how swiftly Sweden has gone from a safe and successful country to becoming the fastest falling star in the Western world," Kasselstrand said, as quoted by the AfS website.

By its own admission, the AfS aims to put an end to large-scale asylum immigration and is hedging its bets on an active repatriation policy.

"Those who came to Sweden illegally, those who committed crimes, those who lied or cheated on residence permits, those who lived here year after year without lifting a finger to adapt or contribute to Swedish society, have no place here," Kasselstrand said in his speech. He also added that those who fail to integrate will have to "go back to their homelands."

​In a bombastic AfS promotion video, Swedes are urged to choose between "same old politicians who never listen to the people" and the Alternative for Sweden. "The journey to reclaim our country is beginning," Kasselstrand declared in the video.

The party, which, by its own admission, "rejects the establishment's naïveté, wishful thinking, political correctness and daydreaming," triggered a strong reaction from Sweden Democrats leader, Jimmie Åkesson, who called the breakaway party "extremists" and compared them to the neo-Nazi Nordic Resistance Movement, adding that SD "wouldn't have them anyway," the TV4 channel reported.

At present, the future of AfS seems somewhat hazy, as even the very same SD, formerly Sweden's most right-wing party, are largely considered political outcasts in the Nordic nation. The majority of Sweden's political establishment has even colluded to prevent SD from gaining power by forming a "cordon sanitaire." Although formally abandoned, this policy continues de facto. Nevertheless, the SD's popular support has been rising in recent years.

However, according to a survey carried out by pollster Sentio on behalf of the AfS, 33.5 percent of Swedes were ready to vote for a party striving to restrict immigration more than the established parties are prepared to do, while another 28.6 percent were hesitant.