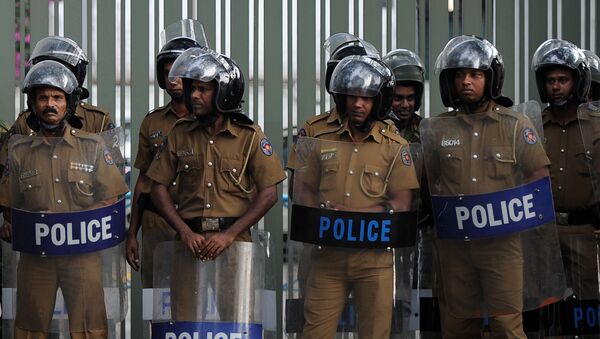 According to Minister of Social Empowerment and Welfare Sumanaweera Banda Dissanayake, the government aims to maintain law and order in the country following violent incidents between Muslims and Buddhists in the villages Digana and Teldeniya in Sri Lanka's Central Province, the Sunday Times newspaper reported.

The decision was reportedly taken at a Tuesday government meeting.

​The state of emergency, which had been in place in the country for 28 years, was lifted in 2011, following the end of the civil war and the government’s victory over Tamil Tiger rebels.

Sri Lanka is a multi-religious country, with Buddhists comprising about 70 percent of the population, Hindus and Muslims — 13 and 10 percent respectively.