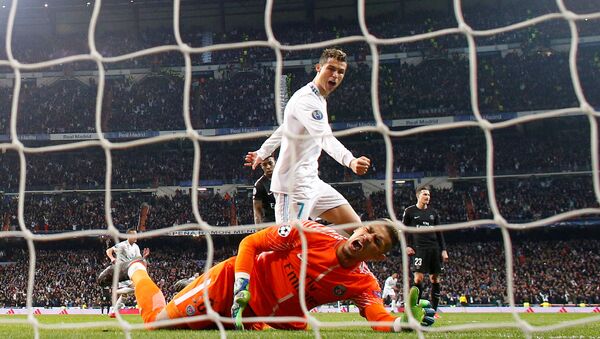 A video has emerged on Twitter showing fans of the Paris Saint-Germain football club doing everything they could to prevent Real Madrid's stars from getting much-needed shuteye during their stay at a Paris hotel ahead of Tuesday's big game.

The small group of about 50 fanatical fans chanted offensive slogans, banged drums, blew up firecrackers and lit up road flares outside the Hotel du Collectioneur to try to keep Real Madrid's players from resting, ahead Real Madrid's clash with PSG at the Champions League Tuesday night.

At 01:30 local time this morning PSG ultras arrived outside the hotel Le Collectionneur to wake up the Real Madrid players where they are staying. pic.twitter.com/S4PncFUsra

The PSG ultras were eventually dispersed by police. Two persons from the Paris Ultras Collective were arrested and detained, according to El Mundo.

Refereeing complaints.@realmadriden are not happy with @PSG_English's conduct before #UCL clash.

PSG is currently trailing behind Real Madrid 3-1; to reach the quarterfinals, the team must win by three, or by two without allowing Los Blancos to score.