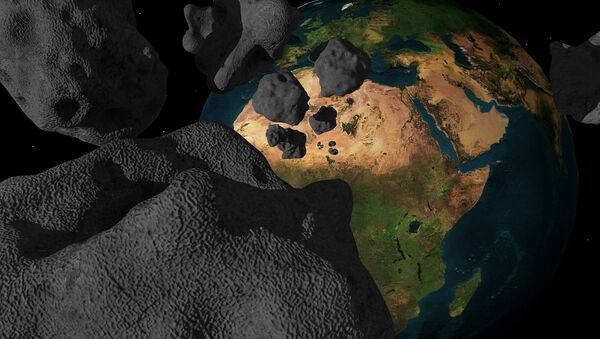 © Photo : Pixabay
Subscribe
Get those telescopes ready, people! There's a gigantic and, of course, "potentially hazardous" asteroid heading our way and - weather permitting - budding astronomers will be able to spot the not-so-little fella with a backyard ‘scope.

Asteroid 2017 VR 12, which is about the size of the Empire State Building, will flash its pearly whites between late Tuesday night and early Wednesday morning and will come within an estimated 900,000 miles of Earth.

​Traveling through space at a speed of 14,000 mph, the asteroid will be "most observable" around 11 p.m. Eastern time on Tuesday when it travels in front of the constellation Virgo, Earth Sky reported. The asteroid isn't expected to reach its closest approach to Earth until roughly 2:53 a.m. Eastern Time on Wednesday.

Although NASA has identified the asteroid as "potentially hazardous," officials have indicated that it does not pose any threat to Earth since it's at a distance of roughly three times farther than the moon.

According to NASA's calculations, another 177 years will pass before the asteroid comes near Earth again for another quick hello.

​Asteroid 2017 VR 12 was first discovered on November 10, 2017, by the Pan-STARRS 1 telescope in Hawaii. Interested stargazer and asteroid fanatics can also catch a glimpse of the traveling rock by tuning into the Virtual Telescope Project's 7 p.m. live coverage on Tuesday.

000000
Popular comments
...are we in a situation of a probable impossibility or an impossible probality...???