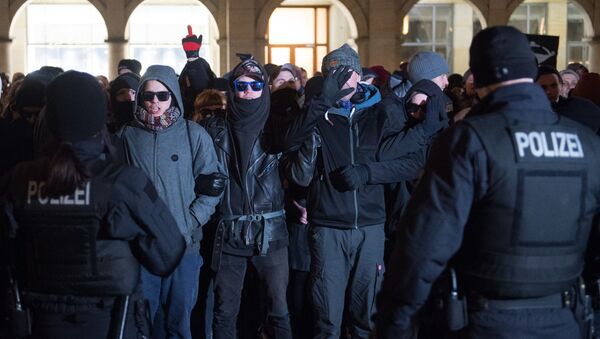 Clashes between right-wing demonstrators and various left-wing anti-fascist counter-demonstrators continue across Germany, a country which has been torn by political discord after September's general election resulted in deadlock.

On Monday evening, more than 300 people took to the streets of Hamburg to protest against German Chancellor Angela Merkel's open door migration policy, according to the police. In this video, one can see the following slogans on the banners of the demonstrators: "Merkel must go!", "I'm not a Nazi but I still disagree!" and "I have a dream that one day I can voice my opinion without massive police protection."

However, leftist groups were swift to counter-protest, as in previous weeks. The police reported about 1,000 counter-demonstrators. A 23-year-old man was arrested after he attacked a participant of the anti-Merkel demo, police say.